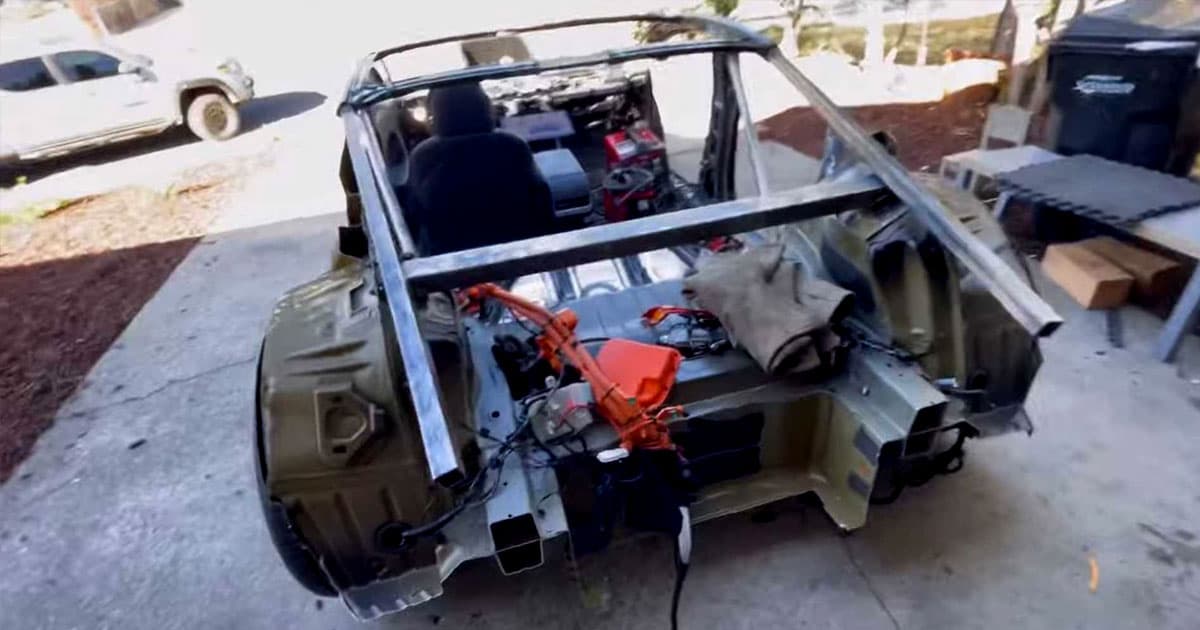 "This is gonna be a badass build."

"This is gonna be a badass build."

Tesla fans across the world have been going stir-crazy in anticipation of the long-awaited, second-generation of the Tesla Roadster — and, of course, the Cybertruck.

In the meantime, one fan has taken to radically customizing the currently available 2018 Tesla Model 3, stripping it down and rebuilding it into a "CyberRoadster," which, as the name suggests, is an inspired mash-up of the Cybertruck and Roadster.

Going by the channel name "Cyber Hooligan" on YouTube, David Andreyev is no stranger to Tesla-related car projects. Earlier this year, for instance, he transformed a wrecked 2014 Toyota Prius into a Cybertruck imitation.

But Andreyev is taking it to another level this time with the CyberRoadster. Even though the Model 3, which Andreyev picked up in July, was partially damaged after a collision with a tree, there’s more on the line when deconstructing one, compared to a junker Prius, given the difference in price.

"This is gonna be a badass build," Andreyev said in a September video, in which he announces the car’s registration.

It's still a work in progress, but so far, Andreyev has stripped the Model 3 down to its nuts and bolts, keeping the battery and engine largely untouched.

Despite making some big changes to the vehicle's rooflines and moving the seats, Andreyev's CyberRoadster can miraculously still charge.

"The next step is figuring out the body line and cutting the pillars," Andreyev said in his latest video update.

Keep checking in on the Cyber Hooligan YouTube channel if you want to see how Andreyev’s CyberRoadster pans out.

More on Tesla: Elon Musk Says Cybertruck Could Move Through Water Faster With a Propeller