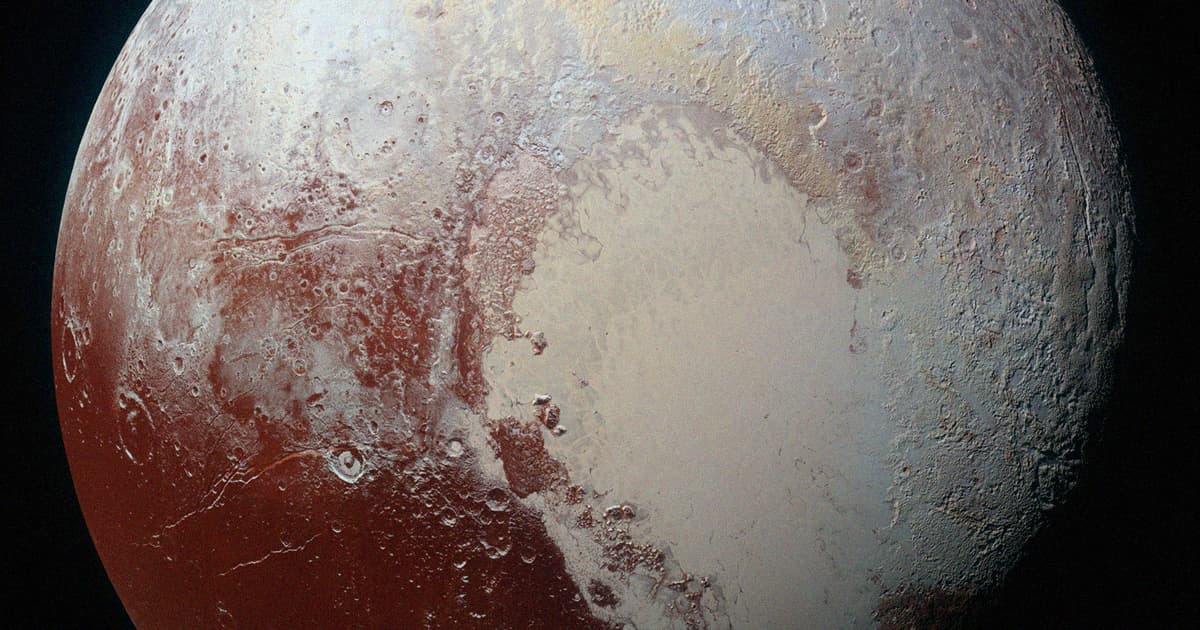 Guy Who Killed Pluto Now Pushing Yet Another Planet

Here's why he believes the object is much more worthy of planet status than Pluto.

Here's why he believes the object is much more worthy of planet status than Pluto.

One of the more controversial events to happen in the world of astronomy occurred when Pluto was demoted as an official planet in 2006. Now, one of the planetary scientists who lobbied the fiercest for the celestial object’s demotion says he found an actual planet worthy of recognition.

Caltech astronomer and planet killer Mike Brown claims he has found evidence of a potential planet in the Kuiper Belt roughly 2.7 billion miles from Earth, reports The Daily Beast. He explained to the publication that the object is possibly "six times more massive than the Earth and the fifth largest planet in our solar system."

Brown is in the awkward position of being one of the primary catalysts for Pluto's controversial delisting as a planet. 15 years ago, he appealed to the International Astronomical Union, a leading organization for astronomers and planetary scientists, to redefine "planet" after he discovered an object in the Kuiper Belt known as "Eris."

"After we discovered Eris, and realized that Eris is more massive than Pluto, you’ve got to do something," he said to the BBC in July. Brown feared that since there were likely many objects bigger than Pluto out there, it would eventually lead to a glut of planets being designated a planet — and so he decided to change that by changing the definition of planet.

The redefinition resulted in Pluto being recategorized as a dwarf planet. It was also widely unpopular amongst scientists who, while they respected Brown, did not like the decision.

"He’s wrong about Pluto," NASA’s New Horizon investigator Alan Stern told The Daily Beast, later asking, "Do we have eight states in the United States so schoolchildren don’t have to memorize all 50? Do we limit the number of species?"

Despite this, Stern and his fellow Caltech astronomer Konstantin Batygin are confident that their latest discovery will likely be accepted as a planet without controversy — if it turns out to exist that is.

"There is gravitational evidence for it," Batygin said to The Daily Beast. "But the search will not conclude until we have an image in hand."

We’ll see though. For some reason, we feel there’s a distinct possibility some disgruntled astronomers might still be holding a grudge against Brown’s planet-killing past.

Update: A previous version of this story misstated the distance of the potential new planet from Earth. It has been updated.

READ MORE: Why the Universe Is Annoyed by the Astronomer Pushing a Ninth Planet [The Daily Beast]

Jupiter Jokesters
Nitwits Claim Wrongly to Have Disproved the Existence of Jupiter
1. 30. 22
Read More
Free Galileo
Scientists Call for Making Pluto a Planet Again
12. 10. 21
Read More
Ultima Thule
New Horizons Will Fly Past the Most Distant Object We've Ever Visited
12. 22. 18
Read More
+Social+Newsletter
TopicsAbout UsContact Us
Copyright ©, Camden Media Inc All Rights Reserved. See our User Agreement, Privacy Policy and Data Use Policy. The material on this site may not be reproduced, distributed, transmitted, cached or otherwise used, except with prior written permission of Futurism. Articles may contain affiliate links which enable us to share in the revenue of any purchases made.
Fonts by Typekit and Monotype.