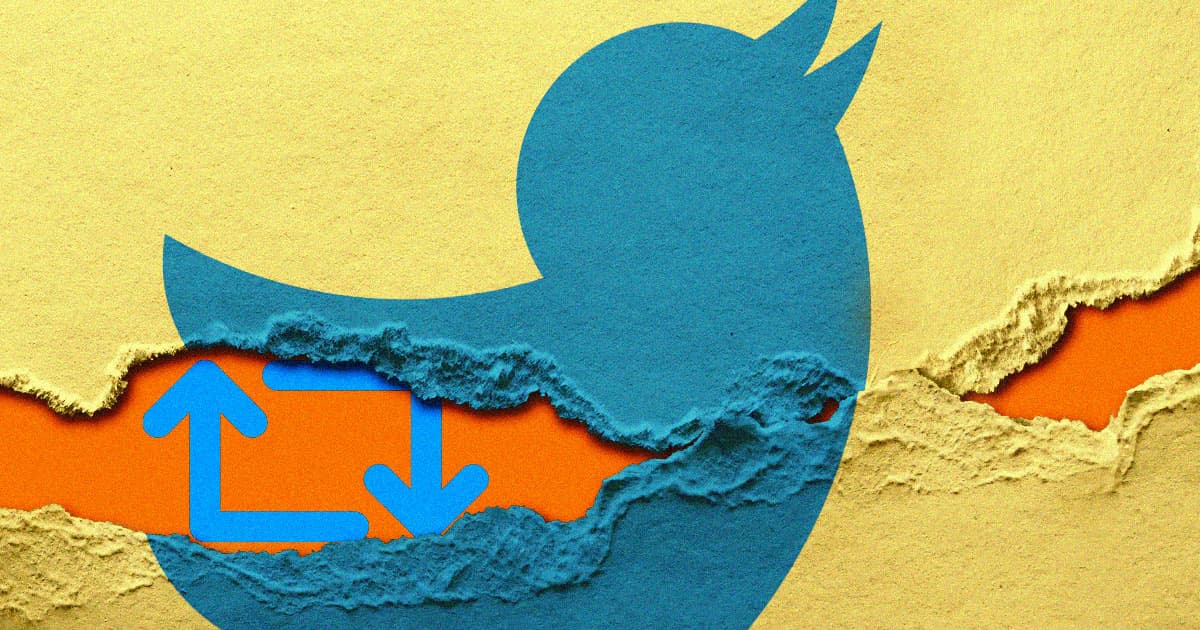 The Guy Who Invented the Retweet Is Filled With Regret

"We might have just handed a four-year-old a loaded weapon."

"We might have just handed a four-year-old a loaded weapon."

Before 2009, people had to manually repost other people's tweets onto their own accounts, something that required at least some amount of conscious effort and thought. So Twitter hired Wetherell to streamline the process, a move that Buzzfeed News reports has led to an explosion of disinformation online.

With a retweet button, sharing and amplifying content online became more impulsive and less thoughtful, Buzzfeed reports. Disinformation was more likely to be taken at face value as people automatically clicked to share posts that vaguely appealed to their politics.

"We might have just handed a four-year-old a loaded weapon," Wetherell thought at the time, he told Buzzfeed. “That's what I think we actually did."

Things came to a head when Gamergate, a targeted harassment campaign against several women, blew up online. Buzzfeed cites a study that found that 217,384 of the 316,669 Gamergate-related tweets sent in a particular 72-hour window were retweets. Meanwhile, Wetherell reports that people within Twitter weren't the least bit concerned about the impact the site had on the world.

Wetherell told Buzzfeed that Gamergate was a "creeping horror" for him.

"It dawned on me that this was not some small subset of people acting aberrantly," he said. "This might be how people behave. And that scared me to death."

READ MORE: The Man Who Built The Retweet: "We Handed A Loaded Weapon To 4-Year-Olds" [Buzzfeed News]