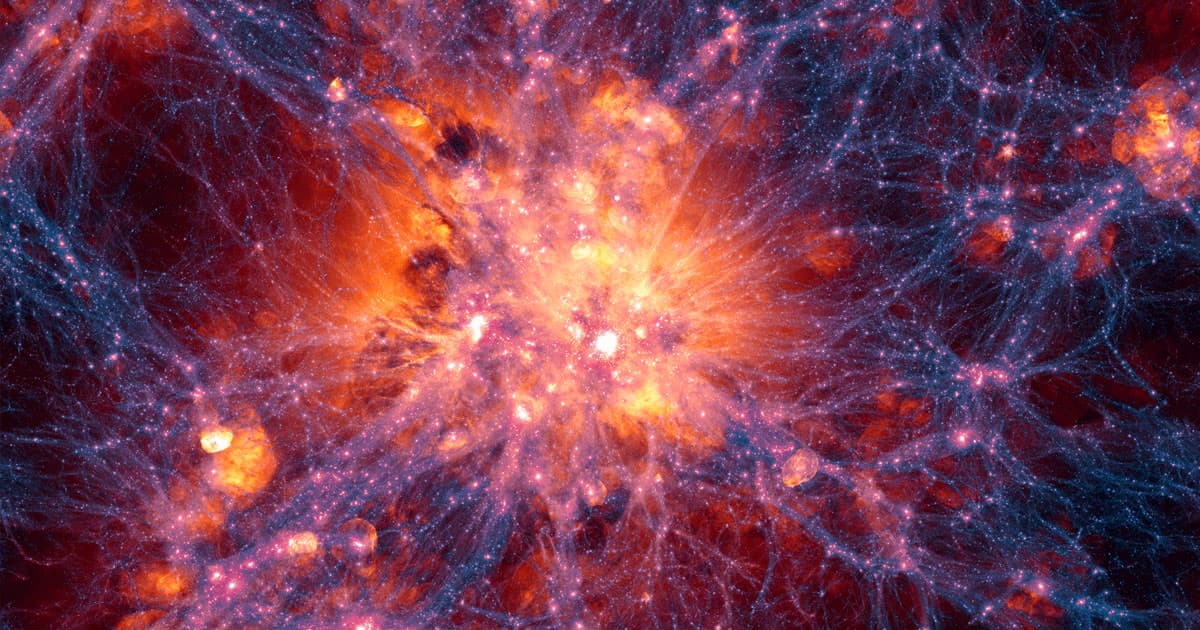 The Guy Who Invented Dark Matter Has Some Doubts

"We haven’t been issued a guarantee that we can make sense of the physical world around us."

"We haven’t been issued a guarantee that we can make sense of the physical world around us."

Jim Peebles, the Princeton University cosmologist who first theorized the existence of dark matter and dark energy, is asking some tough questions about his own work.

That's not to say that he thinks he was wrong, he wrote in an article for New Scientist. Rather, Peebles argues that physics and scientists' understanding of the universe is still woefully incomplete — and there are foundational, remaining questions that his ideas haven't answered.

In his article, Peebles explains that his ideas about the universe came from early, incomplete measurements. And while scientists have made tremendous progress since then, there's still work to be done.

"We haven't been issued a guarantee that we can make sense of the physical world around us, or detect things such as dark matter," Peebles wrote. "But lest there be doubt about how well physics has been doing so far, consider how successfully scientists and engineers can command the behaviour of electrons, atoms and molecules, as well as electric and magnetic fields, in cellphones. All of this has been done based on incomplete approximations."

Peebles reiterates that he's seen physicists explore interesting ideas before they could be conclusively proven — which isn't a strike against them as much as an illustration that there's room to learn more.

"My point is that all of physics is incomplete. I certainly don't mean wrong, I mean that it can all be improved," Peebles wrote. "Maybe there is a final theory of physics, or maybe it is approximations all the way down. And so it is with cosmology."

READ MORE: Why the universe I invented is right – but still not the final answer [New Scientist]