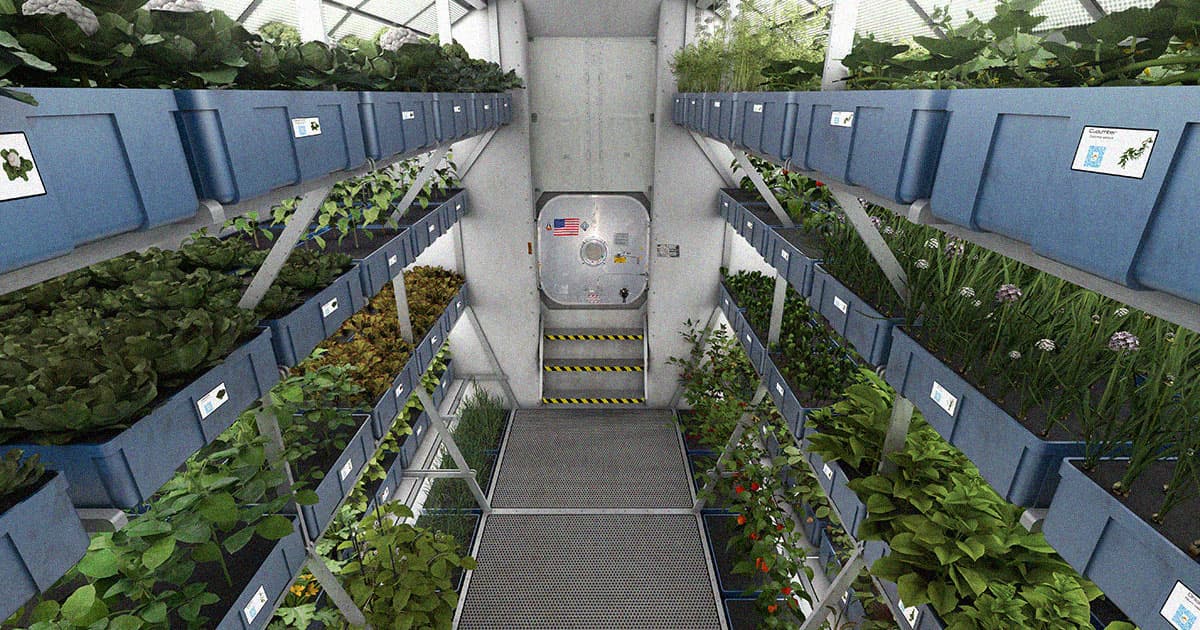 And you'll never guess what it's growing first.

And you'll never guess what it's growing first.

A private space company called Redwire Corporation has announced plans for what it's calling the "first-ever commercially owned greenhouse" in space.

Redwire is hoping to install the facility on the International Space Station no earlier than spring 2023. The startup was awarded a contract with the Center for the Advancement of Science in Space, which manages US lab operations on board the ISS.

The greenhouse is meant to serve as a testing bed for growing sustenance in a microgravity environment, which will be important as humans start to embark on longer trips through deep space.

Despite the lofty promises, we have yet to even see any renders of Redwire's greenhouse, meaning the ambitious project will have a lot to prove.

The company does say it's building on "decades of flight heritage and innovation of world-class technologies," according to its website,

Redwire has also managed plant investigations for NASA's Advanced Plant Habitat, a small, fully automated growth chamber on board the ISS, since 2018.

"Growing full crops in space will be critical to future space exploration missions as plants provide food, oxygen and water reclamation," he added.

Redwire is also collaborating with Tupperware Brands — yes, that Tupperware — to develop a nutrient delivery system.

The company is also hoping to help NASA on its Artemis missions to the Moon "and beyond," according to Reed.