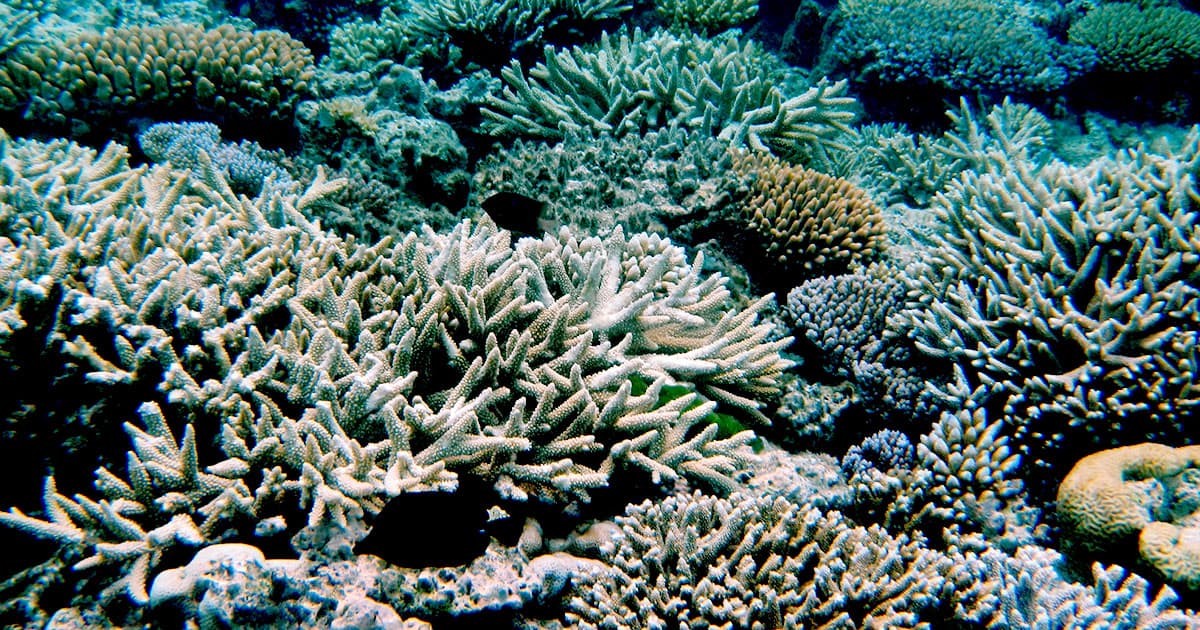 Meanwhile, The Great Barrier Reef Had a Horrible Bleaching Event

The reef now officially has a "very poor" outlook.

The reef now officially has a "very poor" outlook.

Australian officials have now downgraded the long-term outlook for the Great Barrier Reef to "very poor," reports Agence France-Presse. The bad news drives home — yet again — that we are already facing very real consequences of the climate change crisis.

The new bleaching event is particularly troubling because it's far more widespread than the two that occurred in 2016 and 2017, AFP reports.

The Great Barrier Reef Marine Park Authority, the agency that updated the reef's prognosis, reports that there was "moderate or severe bleaching" even in areas that hadn't yet been damaged at all during previous bleaching events.

The Australian government says that it's exceeded its emission goals and is ahead of the pack, as far as keeping to the Paris climate agreement is concerned, but experts told AFP that it still needs to do more.