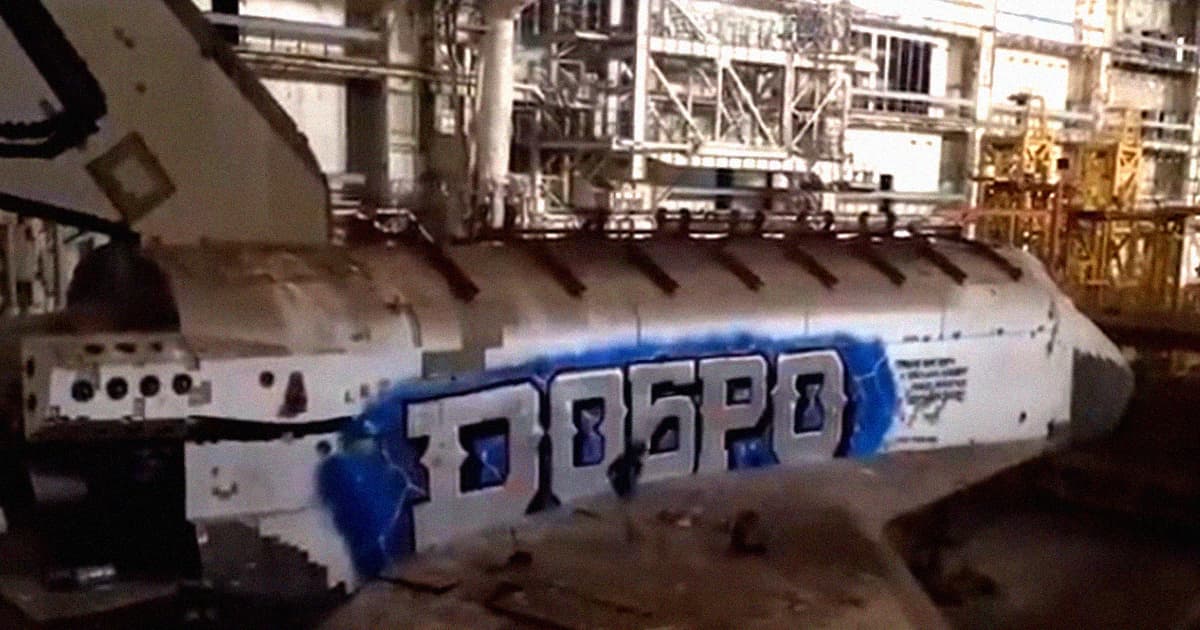 It belongs in a museum, dammit.

It belongs in a museum, dammit.

The Soviet Union's ambitious plans to get its Space Shuttle rival off the ground largely failed after the collapse of the communist state in the early 1990s.

The USSR's second Buran-class shuttle, dubbed "Burya," is now rotting inside a derelict warehouse near the Baikonur cosmodrome in Kazakhstan. It's been sitting there since at least 2002, an important relic of the Soviet era decomposing instead of being displayed in a museum.

In May, images surfaced of the Burya covered in graffiti, and thanks to a recently shared Instagram video, we can see a time lapse of the artist's work. Make no mistake: Futurism is staunchly pro-graffiti — but still, this seems like a crappy way to treat such an important piece of space history.

In this video shared in IG by an unknown you can see a vandal painting the Soviet shuttle "Burya" early this year. @katlinegrey @Rogozin @NASASpaceflight #Buran pic.twitter.com/IMM8RjYlEj

According to Russian state-owned news agency RIA Novosti, the graffiti appeared in April and has already been painted over.

The video also surfaced after a Kazakh businessman claimed he was the owner of the Burya and offered to return it to Russia's space agency in return for the skull of the last Kazakh Khan, Kenesary Kasymov, who led a rebellion against the Russian Empire’s attempts to colonize the region in the 1840s. It remains unclear who the Burya actually belongs to — or if it will ever be moved.

In September, the company that built the Burya, NPO Molniya, visited the hangar to have a look, but it's unclear if it has plans to move the spacecraft. According to Moscow-based space journalist Katya Pavlushchenko, officials noted at the time that they were worried the hangar could collapse at any moment due to the building's "emergency condition."

For now, Burya will remain locked up in the hangar, rotting away. Perhaps one day, Roscosmos will be able to broker a deal and put it on display.