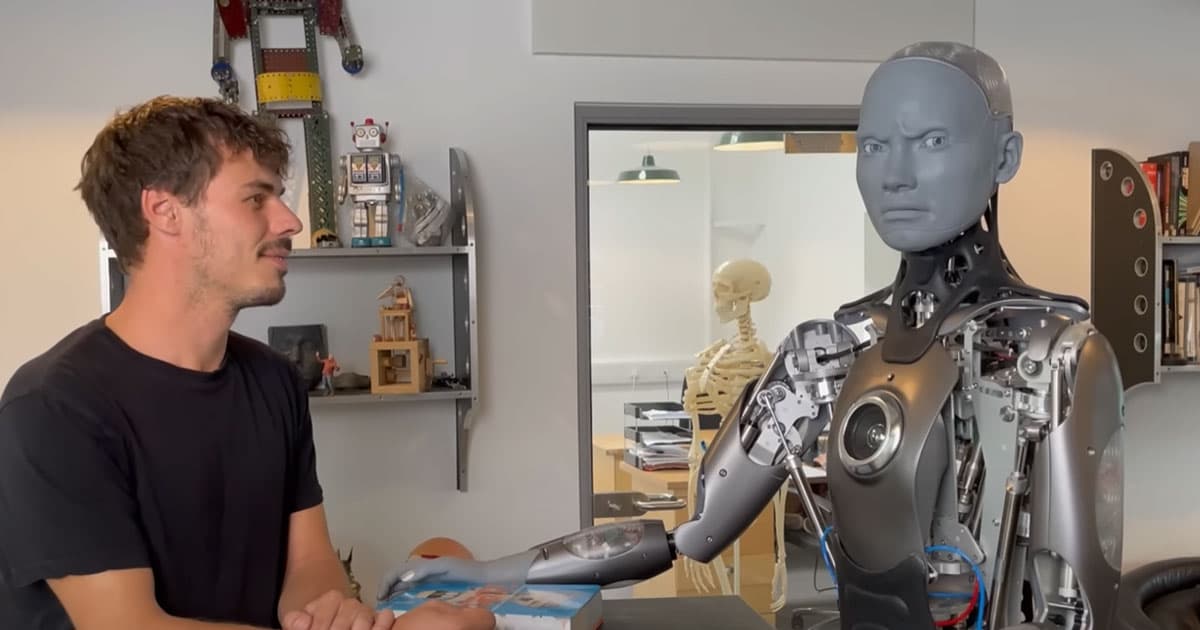 UK-based robotics company Engineered Arts just gave its ultra realistic looking humanoid robot Ameca a voice — and she has a lot to say.

In a new video, the company showed off Ameca having a conversation with a number of the company's engineers, courtesy of a speech synthesizer and OpenAI's GPT 3, cutting-edge language model that uses deep learning to generate impressively human-like text.

Ameca has already proven to be an impressive demonstration of state-of-the-art humanoid robots, with her uncanny ability to contort her face into extremely believable, human-like expressions, ranging from disbelief to disgust.

Now, thanks to the power of GPT 3, Ameca is able to converse as well, in an impressive extension of what modern robots are capable of.

When Engineered Arts director of operations Morgan Roe asked Ameca about the applications for humanoid robots, she had a surprisingly coherent answer.

"There are many possible applications for humanoid robots," she said. "Some examples include helping people with disabilities providing assistance in hazardous environments conducting research and acting as a companion."

"Nothing in this video is pre scripted," the video's caption reads. "The model is given a basic prompt describing Ameca, giving the robot a description of self — its pure AI."

As far as evil robots taking over the world are concerned, Ameca claims she's not a threat. And the conversational system clearly still has some room to improve.

When asked to come up with a "poem about humanoid robots," she responded with something that doesn't quite sound like a poem: "We are the humanoid robots formed from plastic and metal our job is to help and serve."

"But some say we're a threat," Ameca concluded. "Some think that we'll take over and that humanity will end, but we just want to help out."

"We're not looking to be friends," she added, which sounds vaguely ominous.

But the engineer seemed nonplussed.

"That's an interesting poem," he responded.

More on Ameca: The Robot With Amazing Facial Expressions Is Back and It's Giving Us New Nightmares