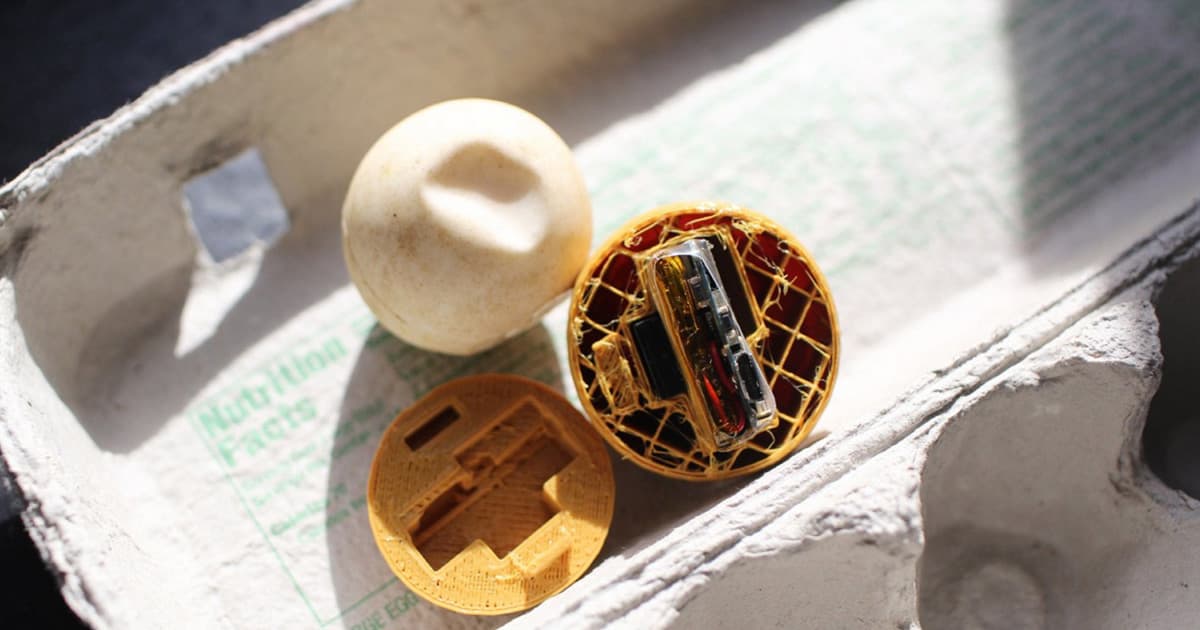 The squishy trackers are already out in the field.

The squishy trackers are already out in the field.

In order to track sea turtle egg poachers — and ideally bring them to justice — a team of biologists built a lookalike egg with a built in GPS tracker.

The InvestEGGator, as it's dubbed, looks and feels enough like a sea turtle egg to hopefully fool poachers who raid turtle nests under the cover of darkness. But it's really a 3D-printed imposter with a locator stuffed inside, Wired reports, and it's already revealing how the eggs are illegally sold in Costa Rica.

The egg is designed to be as simple as possible. Once they're plucked out of a nest — the scientists made sure they didn't disrupt real eggs — they can be tracked as far away as 137 kilometers, according to research published Monday in the journal Current Biology.

Already, the research revealed surprising insights into the illegal turtle egg trade, Wired reports. Namely, most of the poachers are going door-to-door with their own hauls rather than working for an organized group. Many of the poachers seem to be doing so after the coronavirus pandemic dried up the ecotourism industry.

"We were pretty happy with that result," lead author and University of Kent researcher Helen Pheasey told Wired, "because it really did prove the concept — this is what we're trying to do with these things."