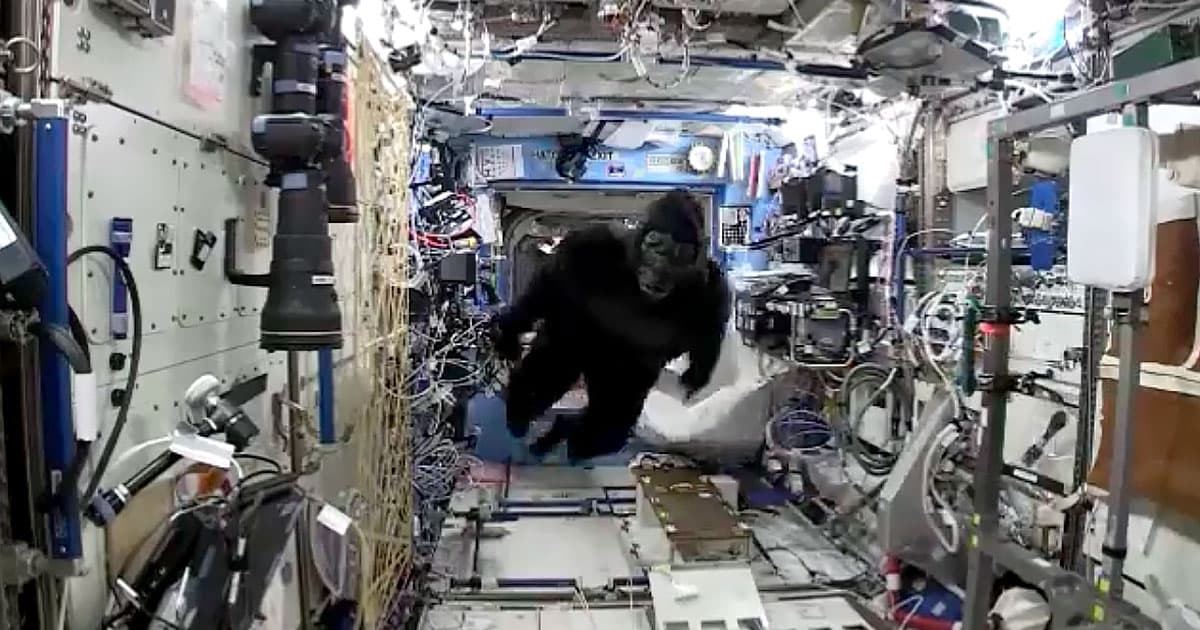 "Of course people liked it. How can you not like space gorilla?"

"Of course people liked it. How can you not like space gorilla?"

Plenty of things have been smuggled to the International Space Station, from booze and cigarettes to the cremated remains of "Stark Trek" actor James Doohan.

But when retired NASA astronaut Mark Kelly — who was elected to the US senate in 2020 — attempted to send a full-body gorilla suit to his identical twin brother Scott, who was stationed on board the ISS at the time, thinks didn't go as planned, People reports.

Specifically, the suit exploded dramatically in 2015 when a SpaceX Falcon 9 rocket was lost in a massive fireball. But the Kelly brothers were tenacious.

"The next time I was on the phone with my brother, he goes, 'I'm sending you another gorilla suit,'" Scott told People.

The shenanigans culminated in a now-legendary 2016 video in which Scott Kelly can be seen emerging from a white bag and proceeding to zoom around the tight confines of the orbital outpost while wearing the suit. He even chased British astronaut Tim Peake around the station.

It's no wonder the video went viral.

"Of course people liked it. How can you not like space gorilla?" Scott told People.

Scott later admitted that Peake was in on the video and it was "all staged." Other astronauts, however, were caught unawares.

"I floated down to the Russian segment," Scott added. "When they saw it, they were just laughing like you wouldn't believe."

"It was the end of my year in space," Scott told the magazine. "So you need a little humor."

More on the Kellys: Veteran NASA Astronaut Elected to US Senate

Fighting Words
Retired NASA Astronaut Scott Kelly Dishes on Ukraine, Russia, and Moon Mission
11. 21. 22
Read More
God Shot
Astronaut Says He Had Religious Experience During Spacewalk
9. 9. 22
Read More
Don't let the door hit you
Elon Musk Lobs Casual Space Station Burn at Moscow
7. 28. 22
Read More
+Social+Newsletter
TopicsAbout UsContact Us
Copyright ©, Camden Media Inc All Rights Reserved. See our User Agreement, Privacy Policy and Data Use Policy. The material on this site may not be reproduced, distributed, transmitted, cached or otherwise used, except with prior written permission of Futurism. Articles may contain affiliate links which enable us to share in the revenue of any purchases made.
Fonts by Typekit and Monotype.