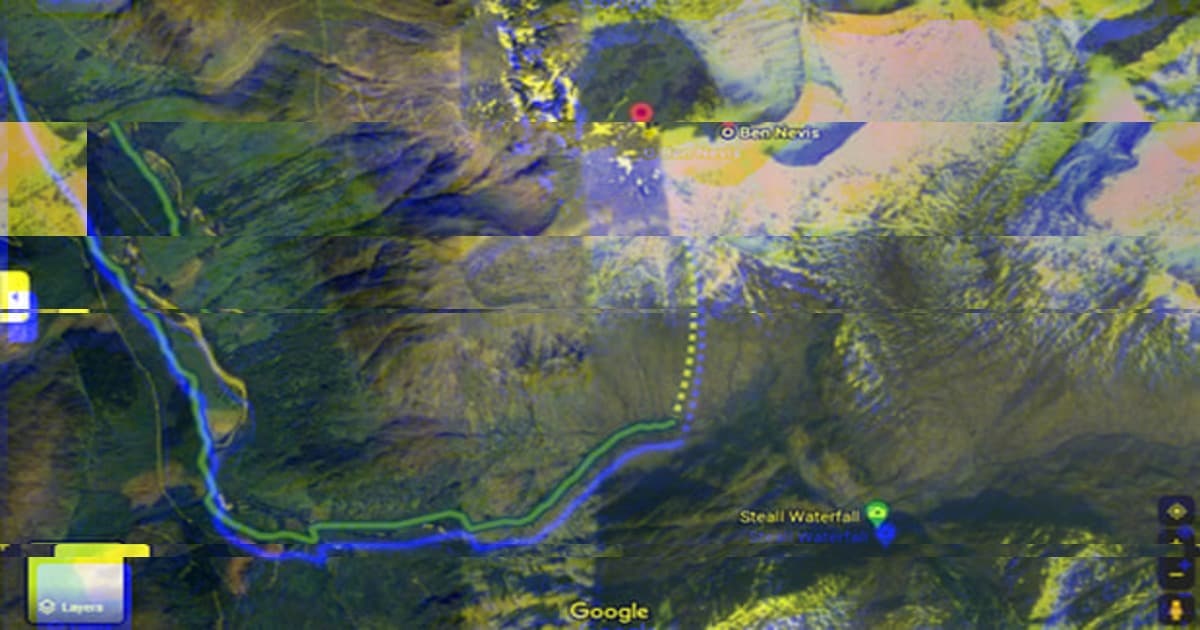 You’ve Arrived At Your Destination

Google Maps Is Telling People to Walk Off a Cliff, Critics Say

A Scottish mountaineering group levied criticism against Google after they allegedly discovered it had been suggesting “potentially fatal” routes up mountains — and even directly over cliffs.

The John Muir Trust, a Scottish mountain conservation charity, claims that routes recommended by Google Maps up Ben Nevis (Scotland’s highest mountain) are incredibly dangerous and potentially deadly, according to The Press Association. The group also claims that a separate route suggested for the An Teallach mountain takes users directly over a cliff.

"The problem is that Google Maps directs some visitors to the Upper Falls car park, presumably because it is the closest car park to the summit," said Nathan Berrie, a conservation officer for the John Muir Trust, to the Press Association. "But this is not the correct route and we often come across groups of inexperienced walkers heading towards Steam Falls or up the south slopes of Ben Nevis believing it is the route to the summit."

Experts claim that even experienced climbers and mountaineers would have trouble on the route suggested by Google Maps.

"[When] you input Ben Nevis and click on the 'car' icon, up pops a map of your route, taking you to the car park at the head of Glen Nevis, followed by a dotted line appearing to show a route to the summit," said Heather Morning, a mountain safety adviser for Mountaineering Scotland, to the Press Association.

She continued, "Even the most experienced mountaineer would have difficulty following this route. The line goes through very steep, rocky, and pathless terrain where even in good visibility it would be challenging to find a safe line. Add in low cloud and rain and the suggested Google line is potentially fatal."

The John Muir Trust allegedly made several attempts to contact Google about the issue but received no response.

However, a Google spokesperson finally released a statement attained by The Guardian saying, "We built Google Maps with safety and reliability in mind, and we are working quickly to investigate the routing issue on Ben Nevis."

Futurism attempted to replicate the route on Google Maps but found that it didn't show the route described by Morning at the time of writing this article — so there's a chance Google fixed the issue.

It’s easy to become overly reliant on tech since it’s so accessible in this day and age. A situation like this is a sobering reminder that we should always be sure to double check and verify information provided by these apps are safe and correct — especially if you’re summiting a treacherous mountain.

More on Google: Google Algorithm Accuses Random Guy of Being a Serial Killer

A New Trial in Scotland May Bring Universal Basic Income to Life
12. 26. 17
Read More
Scotland Will Begin Funding Universal Basic Income Experiments
9. 6. 17
Read More
Another One Bites the Dust
OpenAI Reportingly Hiring "Army" of Devs to Train AI to Replace Entry-Level Coders
Yesterday
Read More
+Social+Newsletter
TopicsAbout UsContact Us
Copyright ©, Camden Media Inc All Rights Reserved. See our User Agreement, Privacy Policy and Data Use Policy. The material on this site may not be reproduced, distributed, transmitted, cached or otherwise used, except with prior written permission of Futurism. Articles may contain affiliate links which enable us to share in the revenue of any purchases made.
Fonts by Typekit and Monotype.