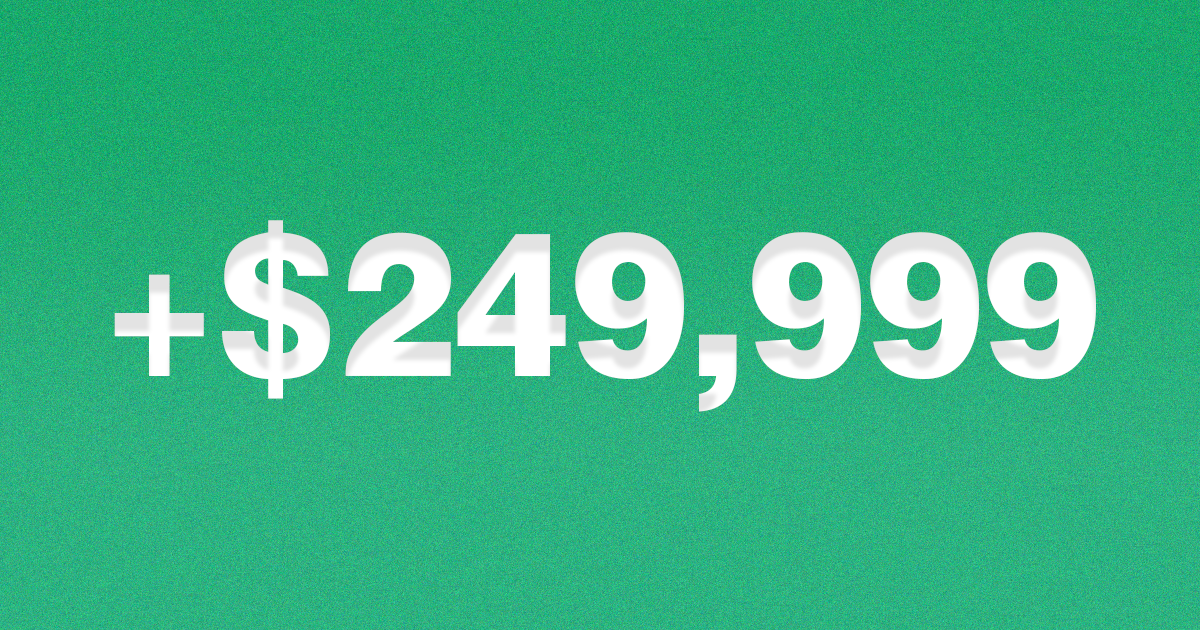 Lucky for them, he's trying to give it back.

Lucky for them, he's trying to give it back.

According to a tweet from Sam Curry, the engineer in question, the mystery payment appeared in his bank account a few weeks ago. Figuring it was likely an error on Google's end, he filed a customer support request. When Google failed to respond to the ticket, the engineer decided to take the issue to the internet.

"It's been a little over 3 weeks since Google randomly sent me $249,999 and I still haven’t heard anything on the support ticket," Curry wrote in a tweet, complete with a screenshot of the transaction. "Is there any way we could get in touch @Google?"

"It's OK if you don’t want it back," he continued.

It's been a little over 3 weeks since Google randomly sent me $249,999 and I still haven't heard anything on the support ticket. Is there any way we could get in touch @Google?

It turns out Curry's hunch was right. Google indeed meant to give someone else a quarter million bones, but accidentally wired the payment to the wrong person. Kind of like sending a text to the wrong number — except, in this case, it was a massive pile of cash.

"Our team recently made a payment to the wrong party as the result of human error," a Google spokesperson told CNN. "We appreciate that it was quickly communicated to us by the impacted partner, and we are working to correct it."

Now, before any Google users out there get their hopes up, Curry wasn't a total rando that the search engine plucked from its many millions of site surfers. As Curry explained to NPR, he does bug bounty hunting — basically, freelance cybersecurity work — for several companies outside of Yuga Labs, including for Google.

In other words, Curry was somewhere in the company's payroll system, and some unlucky staffer just hit the wrong name. Anyway, props to the engineer for alerting Google to the error, and our sympathies to whoever made the mistake on Google's end. We're sure this probably doesn't happen that often, given Google's size and sophistication. Or at the very least, pretty sure it doesn't.

"Don't Be Evil"
Google Refuses to Pull Website Responsible for Scores of Suicides
12. 10. 21
Read More
Oh, Billy
Google Debuts Dystopic 3D Prison-Style Video Chat: Project Starline
5. 19. 21
Read More
Cozy Bears
State-Backed Russian Hackers Are Targeting Coronavirus Vaccine Research
7. 17. 20
Read More
+Social+Newsletter
TopicsAbout UsContact Us
Copyright ©, Camden Media Inc All Rights Reserved. See our User Agreement, Privacy Policy and Data Use Policy. The material on this site may not be reproduced, distributed, transmitted, cached or otherwise used, except with prior written permission of Futurism. Articles may contain affiliate links which enable us to share in the revenue of any purchases made.
Fonts by Typekit and Monotype.