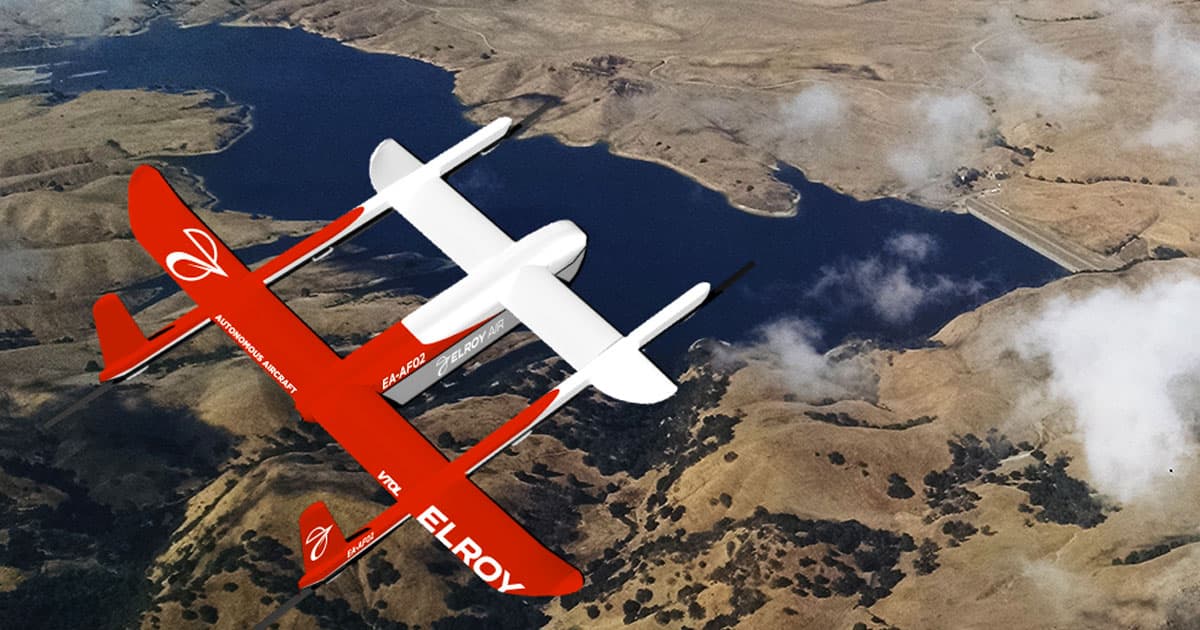 No airports or charging stations required.

No airports or charging stations required.

We've seen prototypes of delivery drones before. The vast majority of them are small and agile, and designed for small deliveries.

San-Francisco-based aerospace startup Elroy Air is trying to break into the cargo industry instead, with a giant drone called the Chaparral. The heavy-duty drone can carry 500 pounds of cargo for 300 miles, Wired reports, and the idea is to replace truck routes that are hard to cover on land.

"We want to be like the Ford F-150 of the sky," Elroy CEO David Merrill told Forbes.

Six rotors allow the cargo drone to take off and land vertically. A rotor attached to the tail end lets it cruise at a brisk pace. Since it doesn't need a runway, the drone doesn't require an airport. It doesn't even need an electric charging station, thanks to its "hybrid-electric powertrain," according to the Elroy's official website.

Rather than carry cargo inside a cargo hold, the Chaparral system will be able to pick up cargo "pods," allowing for efficient loading and unloading while the drone is still in the air.

That's apparently a compelling vision to investors: the company announced today it had raised $9.2 million in a seed round.

The uses for the cargo drone aren't limited to simple delivery routes. The Chaparral system could be used to improve disaster response or help out during remote military missions.

But the startup still has a lot to prove to investors. Elroy is hoping to begin testing this year. But the concept will likely take a number of years of development before it can take to the skies commercially.

The startup will also face some steep competition with the likes of Boeing developing their own — and strikingly similar— cargo drone technology.

Green Flying Cars
Study: Flying Cars Could End Up Being Greener Than Electric Cars
4. 30. 19
Read More
Gatwick Chaos
We Have No Idea How to Deal With Unexpected Drones at Airports
12. 21. 18
Read More
Flying Cars May Work Best When Tethered to Power Lines
9. 14. 18
Read More
+Social+Newsletter
TopicsAbout UsContact Us
Copyright ©, Camden Media Inc All Rights Reserved. See our User Agreement, Privacy Policy and Data Use Policy. The material on this site may not be reproduced, distributed, transmitted, cached or otherwise used, except with prior written permission of Futurism. Articles may contain affiliate links which enable us to share in the revenue of any purchases made.
Fonts by Typekit and Monotype.