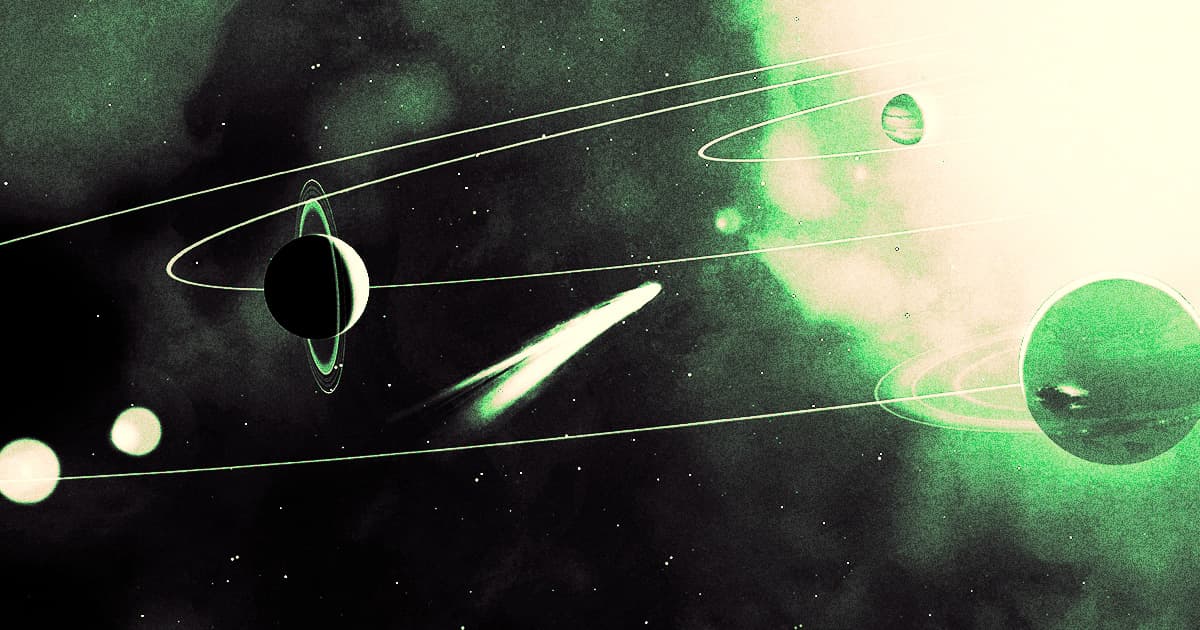 "It may be a new element to the contents of the solar system that has been hypothesized but not quantitatively measured until now."

"It may be a new element to the contents of the solar system that has been hypothesized but not quantitatively measured until now."

Someone forgot to turn the lights out.

Astronomers have detected a residual "ghostly glow," tainting the near pitch blackness of the sky, after painstakingly analyzing 200,000 images captured by the Hubble Space Telescope.

Their calculations, part of an ongoing project called SKYSURF and newly described in a series of papers in The Astronomical Journal and The Astronomical Journal Letters, accounts for the well-documented zodiacal light emanating from planets, stars, galaxies, and interplanetary dust — and they're certain the glow doesn't originate from these sources.

The residual background glow itself is extremely faint — NASA describes it as the equivalent to spreading the light of ten fireflies across the entire sky — but it's there nonetheless, uniformly pervading the near pitch blackness of space. In other words, it's a genuine anomaly — and that has scientists intrigued.

The most likely candidate, according to the astronomers, might be an entire spherical structure of dust lurking in our solar system previously unaccounted for, derived from comets falling into the system's interior. Sunlight reflecting off the dust would then cause it to glow.

In 2021, NASA's New Horizons spacecraft also detected a similar excess of even fainter and still unexplained light, but that glow appeared to originate from a more distant source.

"If our analysis is correct there's another dust component between us and the distance where New Horizons made measurements," explained Tim Carleton, an astronomer from Arizona State University (ASU), in a NASA statement.

"That means this is some kind of extra light coming from inside our solar system," he added. "It may be a new element to the contents of the solar system that has been hypothesized but not quantitatively measured until now."

Detecting the glow couldn't have been done without the industrious and faithful Hubble, according to ASU astronomer Rogier Windhorst, a veteran user of the space telescope. Windhorst says that photons of light in the sky often have quite literally been overlooked since most astronomers are attempting to observe distant objects.

"But these sky-photons contain important information which can be extracted thanks to Hubble's unique ability to measure faint brightness levels to high precision over its three decades of lifetime," Windhorst explained in the statement.

The James Webb might be stealing its thunder these days, but you can never count the Hubble out. With the curious glow now revealed, perhaps other telescopes and observatories will soon join in on the mystery to uncover the origins of this cosmic night light.

Hello Darkness
NASA Proposes Sending Spacecraft to Measure Mysterious Dark Matter
2. 3. 22
Read More
Jupiter Jokesters
Nitwits Claim Wrongly to Have Disproved the Existence of Jupiter
1. 30. 22
Read More
Captain Planet
Planet Nine Might Not Actually Exist, Scientists Say
2. 16. 21
Read More
+Social+Newsletter
TopicsAbout UsContact Us
Copyright ©, Camden Media Inc All Rights Reserved. See our User Agreement, Privacy Policy and Data Use Policy. The material on this site may not be reproduced, distributed, transmitted, cached or otherwise used, except with prior written permission of Futurism. Articles may contain affiliate links which enable us to share in the revenue of any purchases made.
Fonts by Typekit and Monotype.