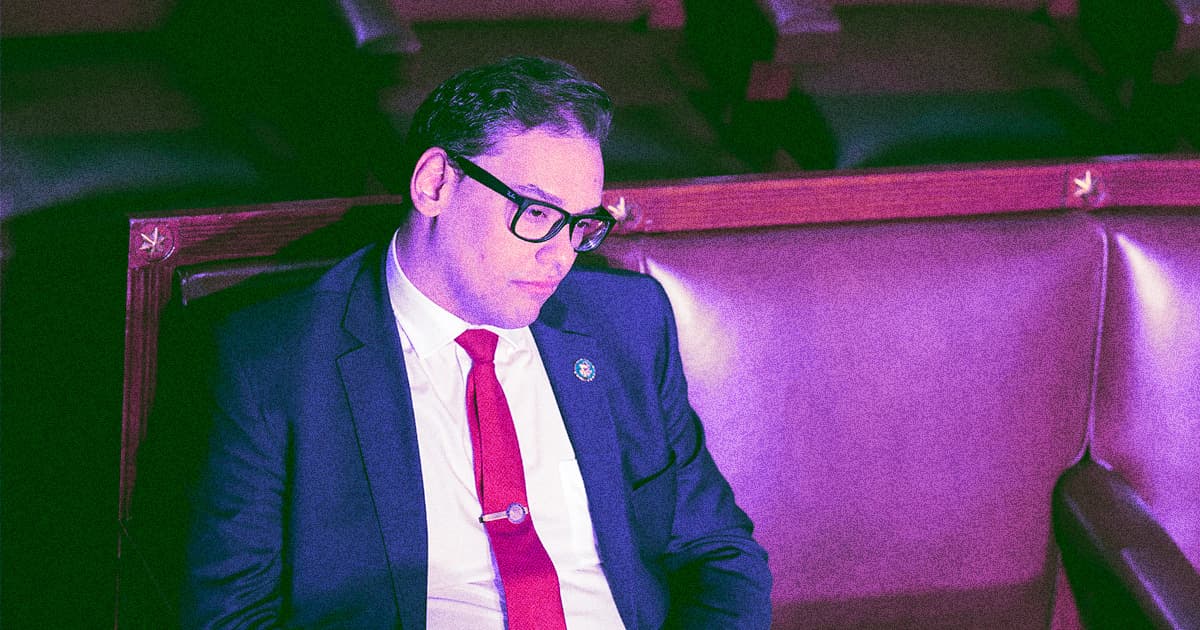 He's not beating the allegations, but that doesn't seem to matter much.

He's not beating the allegations, but that doesn't seem to matter much.

Freshman congressman — and comically prodigal serial fabulist — George Santos will soon be sitting on a committee charged with overseeing NASA.

Along with being assigned to the House of Representatives' Small Business Committee, Santos was this week placed on the House Science, Space and Technology Committee.

As the American Institute of Physics notes, the House Science committee is in charge of, well, everything science-related that the US government pays for.  Along with governing the National Science Foundation and the National Institute of Standards and Technology, the House Science committee has jurisdiction over NASA and oversees the agency's research and development — and controls US space policy, to boot.

Whether such a person should be in charge of all things space is a provocative question. Retired NASA astronaut and avid shitposter Scott Kelly, for one, was quick to piledrive Santos.

"Awesome to have former NASA astronaut and moon walker, Representative George Santos...on the House Science Space and Technology Committee," Kelly tweeted in an apparent dig at Santos' resume that is, by all accounts including the congressman's own, full of made up claims like having graduated from New York University's Stern Business School and worked at Goldman Sachs.

"To infinity and beyond!" Kelly quipped.

Allegations about Santos' truthfulness first started to go mainstream when the New York Times caught wind of inconsistencies in his résumé back in December.

Since then, evidence of more untruths has grown relentlessly, ranging from serious charges of pretending to have nonexistent credentials to dark but comic ones involving claims that he took $3,000 from a GoFundMe started to help raise money for a disabled veteran's service dog — and did so while using the name "Anthony Devolder," which seems to be an assumed identity he used to use, along with the name "Anthony Zabrovsky."

Given his shady background, it seems out of this world that House Republican leadership would want someone like Santos working in such an important oversight position.

But then again, this is the same party that let Donald Trump create the "Space Force" agency on the taxpayers' dime.

More on politics: New European Political Party Is Led by an Artificial Intelligence