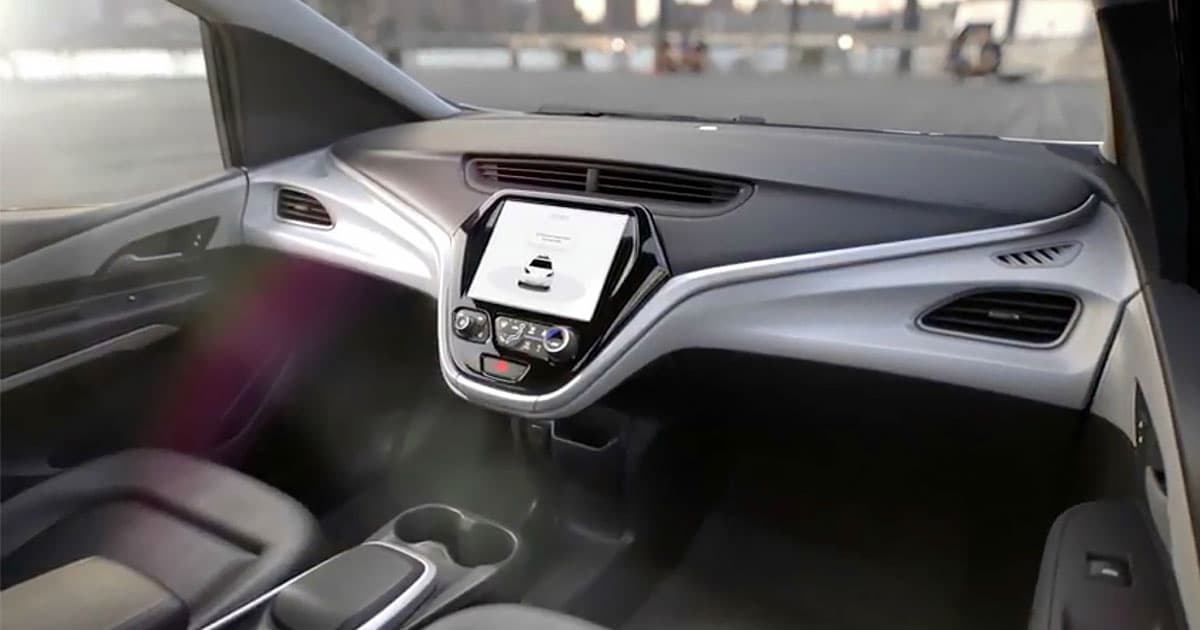 It also wants the cars on public roads.

It also wants the cars on public roads.

General Motors has a bold plan for testing its self-driving cars: rip out the steering wheel and let them roam on public streets.

The company is currently petitioning the U.S. National Highway Traffic Safety Administration (NHTSA) for permission to begin the test, according to Reuters. And while the company seems convinced that the cars would be able to operate safely even without human controls, it wouldn’t be the first time an automaker was overly optimistic about its autonomous vehicle tech.

If the plan gets approved, GM would be the first company to put cars totally devoid of human controls on the streets. While Waymo recently opted to remove human drivers from its autonomous taxis, the vehicles themselves still have steering wheels and pedals.

“I expect we’re going to be able to move forward with these petitions soon — as soon as we can,” Acting NHTSA Administrator James Owens told Reuters. “This will be a big deal because this will be the first such action that will be taken.”

Owens added that the agency would “definitely” make a decision one way or another in 2020.

But Elaine Chao, Secretary of the U.S. Transportation Department, hedged her bets more than Owens or GM representatives, pointing toward the myriad promises that self-driving car companies have since had to dial back.

“I think the complexity was far greater than what a lot of very optimistic advocates were thinking,” she told Reuters.

More on autonomous vehicles: Waymo Is Taking the Safety Drivers Out of Its Autonomous Taxis