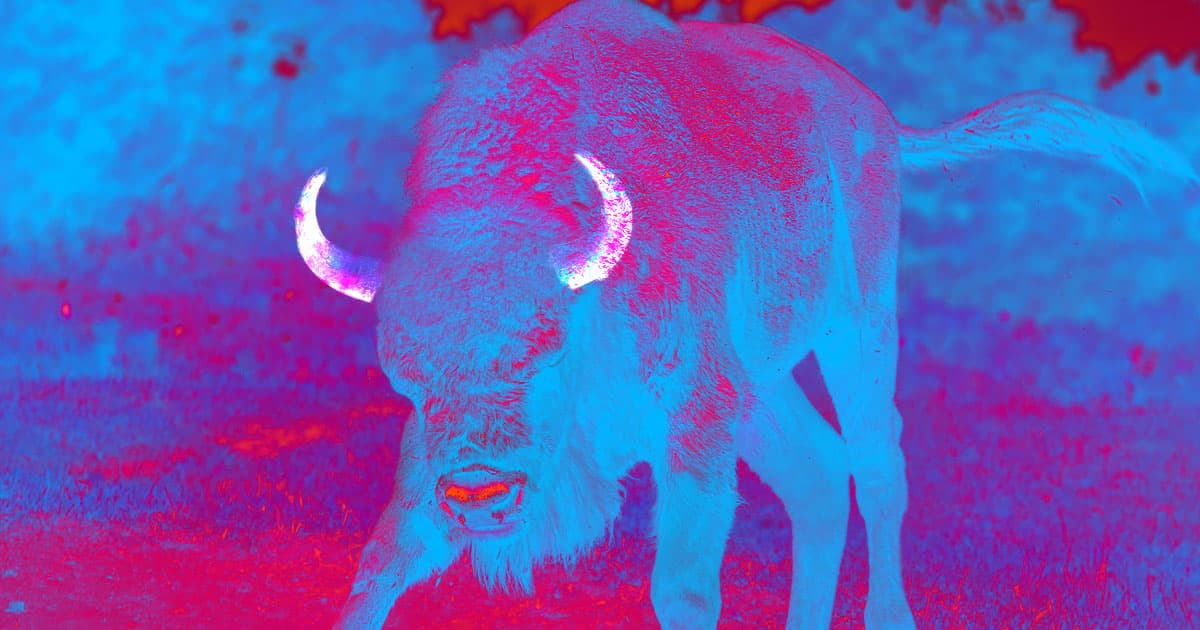 Sometimes, you just have to grab the bull by the bare scalp.

Sometimes, you just have to grab the bull by the bare scalp.

Scientists figured out how to gene-hack bulls so that they never grew horns — a development expected to make dairy farming easier and safer for workers and less painful for bulls.

"We've demonstrated that healthy hornless calves with only the intended edit can be produced," University of California, Davis, animal scientist Alison Van Eenennaam said in a press release, "and we provided data to help inform the process for evaluating genome-edited animals."

To breed these healthy-but-hornless bulls, the scientists inserted bacterial plasmids into a bull's DNA to knock out the horn-growing gene, according to research published Monday in the journal Nature Biotechnology.

That minor genetic alteration was enough to ensure the bull's offspring never developed horns — but it also technically turned the calves into genetically-modified organisms, so it's unlikely that the gene-hack will be used on beef cattle that people would end up eating.

From the outside, this sounds like an odd pet project for the curious geneticist, but farmers already tend to remove dairy calves' horns in order to prevent animal and dairy farmer injuries, as well as to make each bull take up less space.

The procedure is painful and can cause medical complications, according to the UC Davis scientists, so a gene edit that produces hornless bulls without any unwanted side effects could become the preferable option.

More on gene-hacking: Gene-Hacking Mosquitoes To Be Infertile Backfired Spectacularly

A Taste of Crisp: First Meal Created With CRISPR Gene Editing
9. 7. 16
Read More
Balloon Pop
Footage Shows Chinese Balloon Being Shot Down
Yesterday
Read More
Bird Crap
It Looks Like Elon Musk Is Actually Building a Twitter Payment Platform
Yesterday
Read More
+Social+Newsletter
TopicsAbout UsContact Us
Copyright ©, Camden Media Inc All Rights Reserved. See our User Agreement, Privacy Policy and Data Use Policy. The material on this site may not be reproduced, distributed, transmitted, cached or otherwise used, except with prior written permission of Futurism. Articles may contain affiliate links which enable us to share in the revenue of any purchases made.
Fonts by Typekit and Monotype.