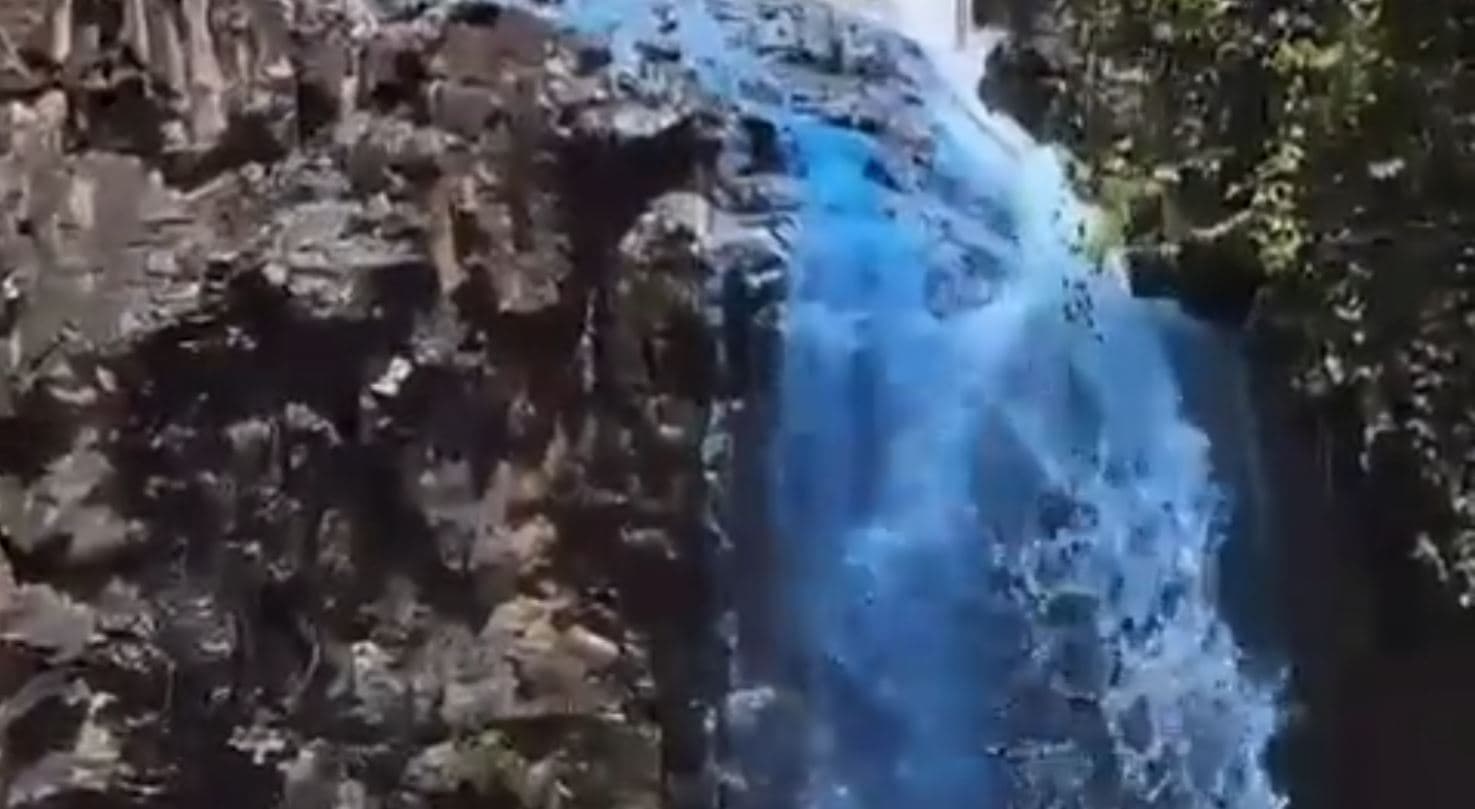 Surprise! It's an environmental crime!

Surprise! It's an environmental crime!

Few human-made phenomena are as fearsome as the gender reveal party. Multiple destructive wildfires, a few explosions here and there — what’s there not to hate about the internet-driven trend?

Well, despite the negative reception the practice has received and the environmentally disastrous ramifications it’s often entailed, one couple in Brazil thought it’d be a good idea to reveal their baby’s gender by dying an entire waterfall blue.

Turns out that wasn’t any old waterfall, though, but one feeding a river that supplies a nearby city’s water. And apparently, according to The Washington Post, the party’s timing couldn’t have been worse, because the aforementioned city and its surrounding area has been withering under an ongoing drought, turning this extremely dumb stunt into yet another potential disaster.

The gender reveal, captured in a viral video, took place in Mato Grosso in central Brazil, where guests standing behind the usual assortment of pink and blue balloons cheered on the couple as the waterfall turned blue, commemorating their baby’s possession of a penis. An extremely necessary ceremony, of course, its excess embodied by a stray blue smoke bomb just in case they didn’t get the point across.

"So many ways to do a gender-reveal party and they chose just the one that has an environmental impact," Brazilian forestry engineer Vanessa Costa said in a tweet translated by WaPo.

Being stupid isn’t necessarily a crime, but polluting is. The couple’s ostentatious display has landed them under investigation by Mato Grosso’s environmental protection agency (SEMA), according to WaPo, with one of the family members involved already charged.

A preliminary SEMA investigation found that, so far, there was "no change in the water’s physical parameters, such as color and other, and no trace of local fish mortality." But they're not ruling out widespread pollution just yet, as the investigation isn't over.

The ill fated party hosts were quick to throw their charged family member under the bus, saying they weren’t aware that the family member would be using a "chemical product" to dye the water, The Post said.