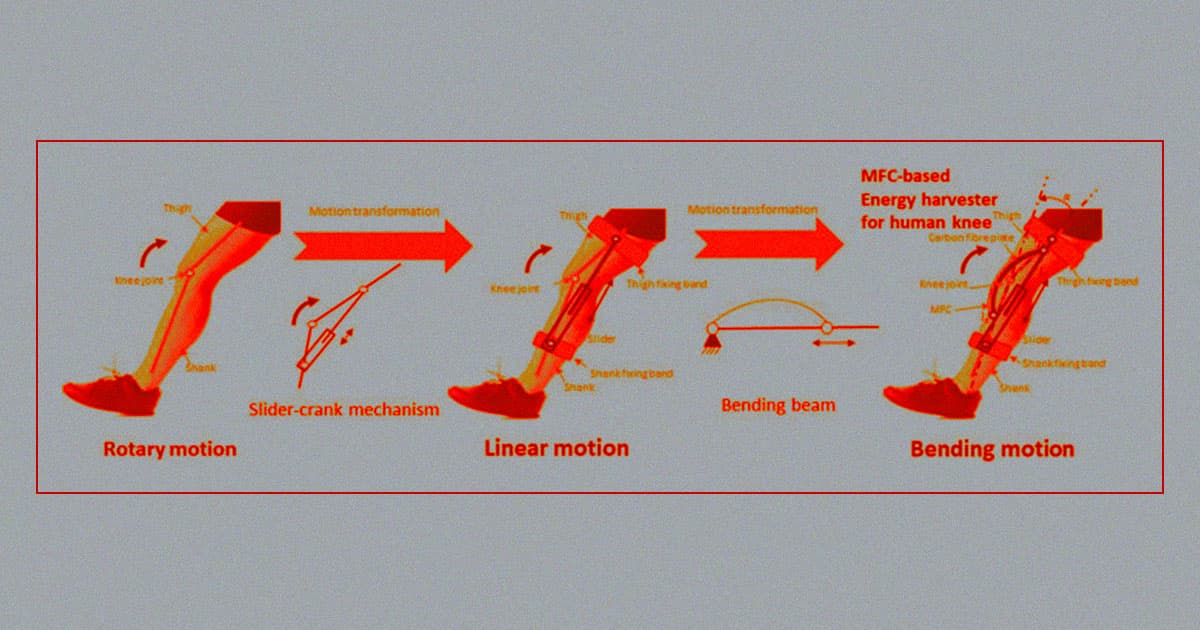 Weird Gadget Uses Your Knee Motion to Charge Your Phone

The energy-generating knee brace could power medical devices or gadgets.

The energy-generating knee brace could power medical devices or gadgets.

A new lightweight knee brace could extract energy from a person’s person’s gait to charge medical devices, wearables, or even potentially a phone.

The 0.7-pound device, described in research published Tuesday in the journal Applied Physics Letters, reportedly doesn’t make it noticeably harder for people to bend or straighten their knees, meaning it could help people capitalize on their own motion as much as possible — and, perhaps, eliminate the need for charging consumer electronics.

The Chinese University of Hong Kong scientists who developed the knee brace believe that the device could be used to continuously power people’s medical devices or to make sure that hikers’ devices don’t run out of juice when they’re stuck far away from a power outlet, according to New Atlas.

For now, the project is still in the proof of concept phase, so there’s no indication of when a commercial version might hit markets or how much it might cost, though New Atlas reports that a similar device developed seven years ago was expected to cost around $16.

More on knee braces: Building The Soldiers of Tomorrow: The Army Just Got Bionic Knees

It Puts the Wearable on the Skin
This Wearable Uses Your Body Heat as an Energy Source
2. 23. 21
Read More
Main Screen Turn On
FCC Clears Google To Pursue “Minority Report”-Like Gesture System
1. 2. 19
Read More
Alexa Is Coming to Wearables Thanks to Amazon’s New Developer Kit
1. 7. 18
Read More
+Social+Newsletter
TopicsAbout UsContact Us
Copyright ©, Camden Media Inc All Rights Reserved. See our User Agreement, Privacy Policy and Data Use Policy. The material on this site may not be reproduced, distributed, transmitted, cached or otherwise used, except with prior written permission of Futurism. Fonts by Typekit and Monotype.