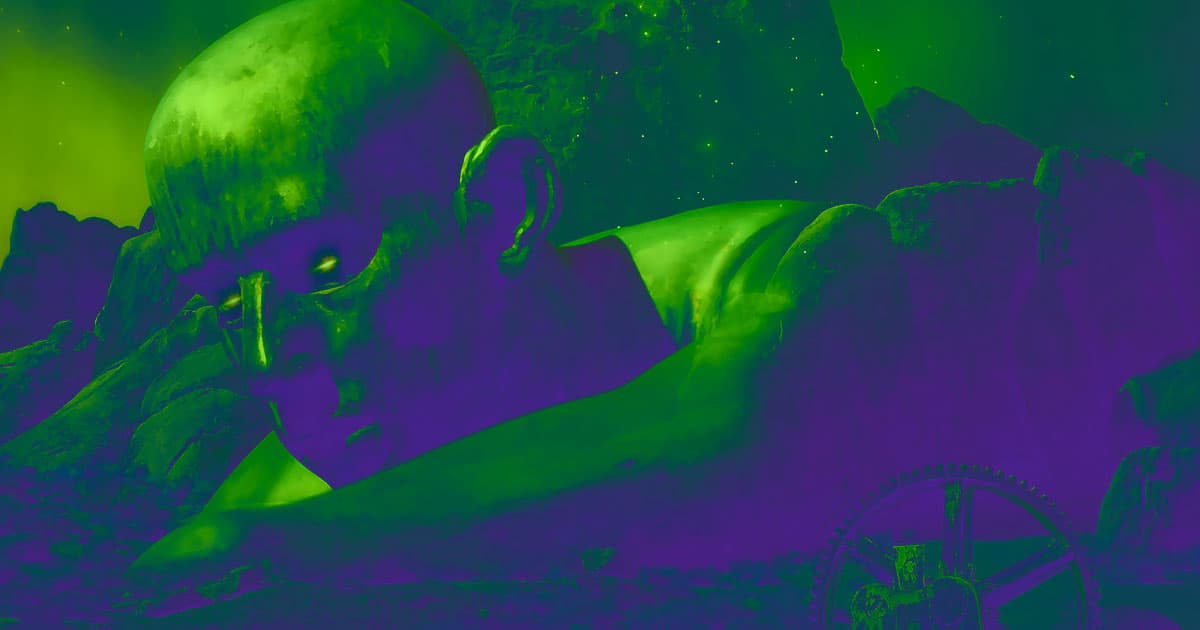 And they'll think no more of us than we do of plants.

And they'll think no more of us than we do of plants.

When British futurist James Lovelock looks to the future, he doesn't see humans ruling the Earth.

Lovelock believes we are already living in the early stages of what he calls the Novacene, an era in which self-sufficient cyborgs, vastly more intelligent than today's humans, will dominate the Earth.

"The crucial step that started the Novacene was, I think, the need to use computers to design and make themselves," he wrote in the book. "It now seems probable that a new form of intelligent life will emerge from an artificially intelligent precursor made by one of us, perhaps from something like AlphaZero."

Eventually, the cyborgs will modify the Earth to better suit to their needs, Lovelock told NBC News, which might lead to the extinction of humans.

However, Lovelock doesn't think the cyborgs will actively attempt to destroy the human race. In fact, he believes we'll be so inferior to Earth's new dominant species that they'll view us the same way we currently view plants.

If we're lucky, they might even come to appreciate us in the same way, Lovelock posits — not-so-reassuringly comparing the situation to how today's humans might enjoy a visit to an arboretum.

More on cyborgs: The Cyborgs Are Here: Researchers Put Living Cells in a Robotic Finger

An Ominous Glimpse of a Sci-Fi Future Where Humans and Cyborgs Coexist
12. 11. 17
Read More
What is Happening
Elon Musk Sets His Twitter Account to Private
Yesterday
Read More
Fly Guy
Bird Advocates Horrified by Pigeon Dyed Pink For Gender Reveal Party
Yesterday
Read More
+Social+Newsletter
TopicsAbout UsContact Us
Copyright ©, Camden Media Inc All Rights Reserved. See our User Agreement, Privacy Policy and Data Use Policy. The material on this site may not be reproduced, distributed, transmitted, cached or otherwise used, except with prior written permission of Futurism. Articles may contain affiliate links which enable us to share in the revenue of any purchases made.
Fonts by Typekit and Monotype.