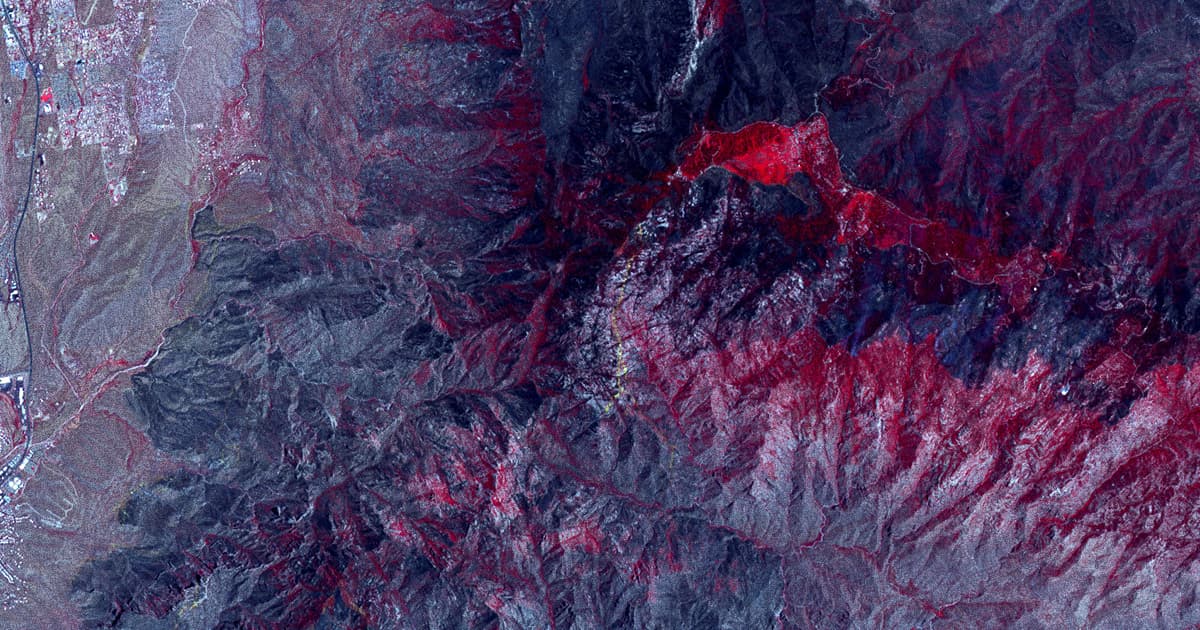 This Forest Fire Was So Huge, NASA Spotted It From Space

This image, taken from space, puts the blaze into perspective.

This image, taken from space, puts the blaze into perspective.

The Bighorn Fire is a vicious blaze that’s been raging in Arizona since the beginning of June — forcing evacuations as recently as this week.

In fact, the fire has grown so large that satellites can easily see it from space, according to a new post by NASA’s Jet Propulsion Laboratory.

NASA grabbed the imagery using its Advanced Spaceborne Thermal Emission and Reflection Radiometer (ASTER) instrument, on board its Terra satellite, which was launched back in 1999.

The epic shot included in the post shows the fire’s progress over the Santa Catalina Mountains, North of Tucson. Vegetation is shown in red, according to NASA’s description of the shot, and burned areas are shown in gray.

ASTER, the space agency wrote, is a useful instrument for mapping the changing surface of the Earth because of its high resolution and capability of imaging in thermal infrared wavelengths.

NASA has used it to study the movement of glaciers, volcanic activity, crop health, weather, and the wellbeing of wetlands and coral reefs.

More on fires: Devastating Fires in Amazon Rainforest Can Be Seen From Space