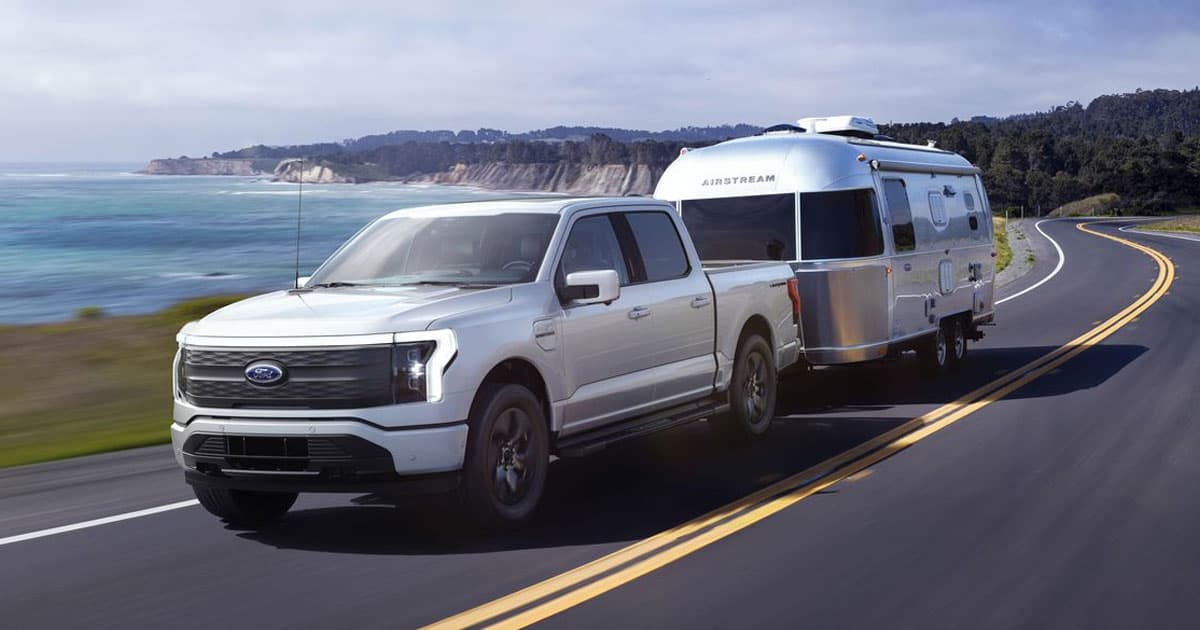 As more traditional automakers foray into the EV market, even supposedly utilitarian vehicles like pickup trucks are getting the electric treatment. Leading the charge is Ford’s F-150 Lightning, which has garnered praise from the likes of President Biden and Tesla CEO Elon Musk, a clear rival. Touted by The Verge as the "electric truck for the masses," it’s fair to say there’s quite a bit of buzz surrounding the Ford pickup.

But according to the findings of at least one YouTuber, the F-150 Lightning kind of blows when it comes one of the key uses of a truck: towing heavy things.

Tyler Hoover, who runs the automotive YouTube channel Hoovie’s Garage with nearly 1.5 million subscribers, says in a video from last month — which has since gone viral — that his towing experience with the Lightning was a "complete and total disaster." Why? It’s not because of its towing capacity (it can tow an impressive 10,000 pounds depending on the model), and it’s not because of its power (580 horsepower and 775 pound-feet of torque). No, it’s the dreaded range.

In his impromptu test of the Lightning’s capabilities, Hoover towed an empty trailer weighing around 1,500 pounds to pick up an ancient 1930 Ford Model A from across town, and then take it back home. All in all, it was only a 60 mile round trip, but in that span the Lightning burned through around 160 miles of its maximum 230 mile range.

"If a truck towing 3,500 pounds can't even go 100 miles... that is ridiculously stupid," said an incredulous Hoover in the video. "This truck can't do normal truck things."

To the Lightning’s credit, Hoover says the towing was "effortless" thanks to the "instant torque" of the electric engine — so power clearly isn’t the issue.

But when you consider how often you’d have to stop to recharge it, things still look pretty bad for the Lightning’s towing practicality.

"You would be stopping every hour to recharge, which would take about 45 minutes a pop," Hoover said. "And that is absolutely not practical."

Then again, considering that most pickup owners don’t even use their trucks to tow at all, maybe Ford just really knows its audience.

More on EVs: Volvo's New Electric Car Won't Drive if It Detects That You're Drunk

LIDARally
Volvo's New Electric Car Won't Drive if It Detects That You're Drunk
Sep 23
Read More
Charged Up
Startup Says Amazing New Battery Lets EVs Drive 400 Miles, Recharge in 15 Minutes
Jun 22
Read More
Real American eMuscle
Dodge Says It's Only Making an Electric Car Because the Performance Is So Good
7. 8. 21
Read More
+Social+Newsletter
TopicsAbout UsContact Us
Copyright ©, Camden Media Inc All Rights Reserved. See our User Agreement, Privacy Policy and Data Use Policy. The material on this site may not be reproduced, distributed, transmitted, cached or otherwise used, except with prior written permission of Futurism. Articles may contain affiliate links which enable us to share in the revenue of any purchases made.
Fonts by Typekit and Monotype.