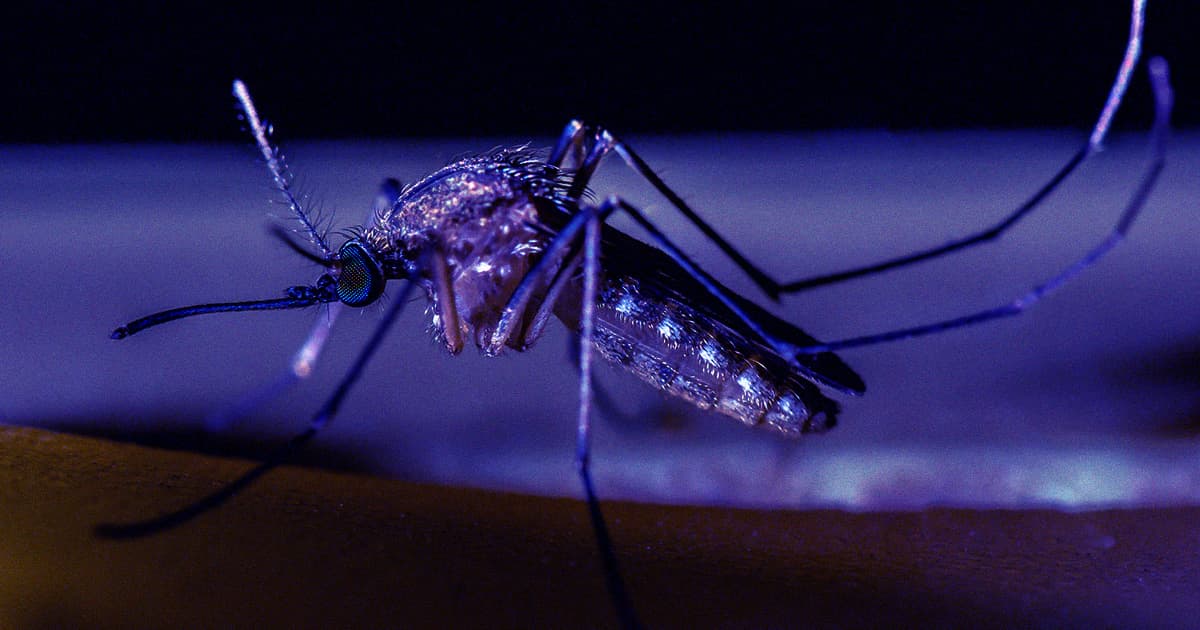 The controversial experiment has begun.

The controversial experiment has begun.

The genetically-engineered mosquitoes unleashed earlier this month in the Florida Keys are now old enough to take flight, reproduce, and spread their genetic code throughout the wild population.

The mosquitoes are part of an experimental release — the first ecological-scale genetically engineered animal release in the US — designed to target and curb the local population of Aedes aegypti mosquitoes, a species that only makes up a small percentage of all the mosquitoes in the Florida Keys, but which has been linked to diseases including dengue and Zika.

After a decade of local resistance, the British biotech firm Oxitec has finally pushed the controversial experiment through, and Science News reports that the bugs are now old enough to leave the nest.

Oxitec genetically engineered the mosquitoes so that only non-biting males are expected to survive past the larval stage of life and actually reach adulthood while females — which do bite people and animals — die off early. That way, as the gene-hacked males mate with wild-type females, Oxitec expects that fewer and fewer biting females to be born each generation.

If the experiment works, Oxitec could be on the verge of an extremely well-targeted pest control strategy that eliminates disease-spreading bugs without spraying any chemicals. But as Futurism previously reported, the experiment is drowning in controversy, as Florida Keys locals, environmental activists, and scientific experts argue that Oxitec never sufficiently proved that the experiment would work or even that it wouldn't cause undue harm to the island community's fragile ecosystem.

Missing data, marketing-focused communication, and a questionable track record with Oxitec's past gene-hacked bug releases around the world have raised suspicions about the integrity of this new release, hence the decade-long effort to stop it from happening.

But the first batch of bugs have taken flight, and thousands more are expected to do so each week, so now it seems the residents of the Florida Keys have few options other than waiting and seeing what happens.

Learn More About Your Cat's Genetic History With This At Home DNA Test Kit
3. 10. 21
Read More
A Genealogy Website Led to a Suspected Killer's Arrest. Here's What We Know.
4. 27. 18
Read More
Welcome to The Future, A Place Where Everyone Knows Your Genetic Code
12. 15. 17
Read More
+Social+Newsletter
TopicsAbout UsContact Us
Copyright ©, Camden Media Inc All Rights Reserved. See our User Agreement, Privacy Policy and Data Use Policy. The material on this site may not be reproduced, distributed, transmitted, cached or otherwise used, except with prior written permission of Futurism. Articles may contain affiliate links which enable us to share in the revenue of any purchases made.
Fonts by Typekit and Monotype.