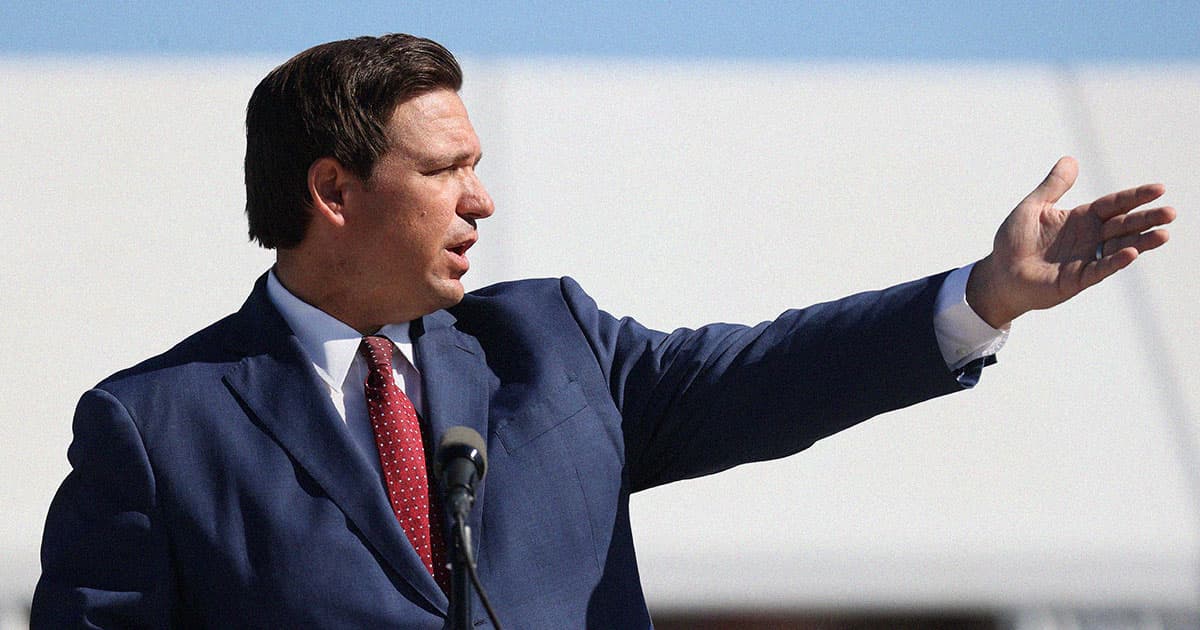 Florida Is Trying to Get Its Own Military, God Help Us All

And legally, it can.

And legally, it can.

Florida's very cool and normal governor is proposing a "civilian military force" that would be under his control — rather than the Pentagon's.

This wasn't just an off-handed suggestion, either. DeSantis said that he's going to ask the state legislature for $3.5 million to equip and train his militia, which would include 200 volunteer members.

The report noted that the governor's announcement came just after Defense Secretary Lloyd Austin warned that if National Guard members won't get paid or be able to train unless they get vaccinated.

Under US law, the states share control of the National Guard with the Department of Defense, while a civilian militia like the one DeSantis is proposing would exclusively under Florida's command. Given DeSantis' COVID denialist stance, it seems highly unlikely that members of a Florida State Guard would be required to get the vaccine.

As outlandish and extraordinarily Floridesque as the whole thing sounds, it's not only legal but fairly common for states to have civilian guards that are outside the purview of the US military, CNN noted.

If Florida actually establishes a civilian force, it will become the 23rd state to enact this archaic 18th century power, and it's not just Republican-controlled states like Texas that have enacted it. Technically, lots of states have at one point had their own civilian forces, but only 22 so far — including New York, Vermont, California, and Washington — have activated theirs.

Though these kind of state defense forces legally date back to the establishment of state militias during the 1700s, Florida's version was created during World War II when the state's National Guard members joined the regular military in Europe only to disband following the end of that war. Nevertheless, DeSantis, along with every other governor in the US, has the right to re-activate or establish his own civilian guard.

The concept of any governor being legally able to raise their own militia is scary enough, but the fact that it's DeSantis — who once alluded to his Black gubernatorial opponent when urging voters not to "monkey this up" — should probably give us all pause.