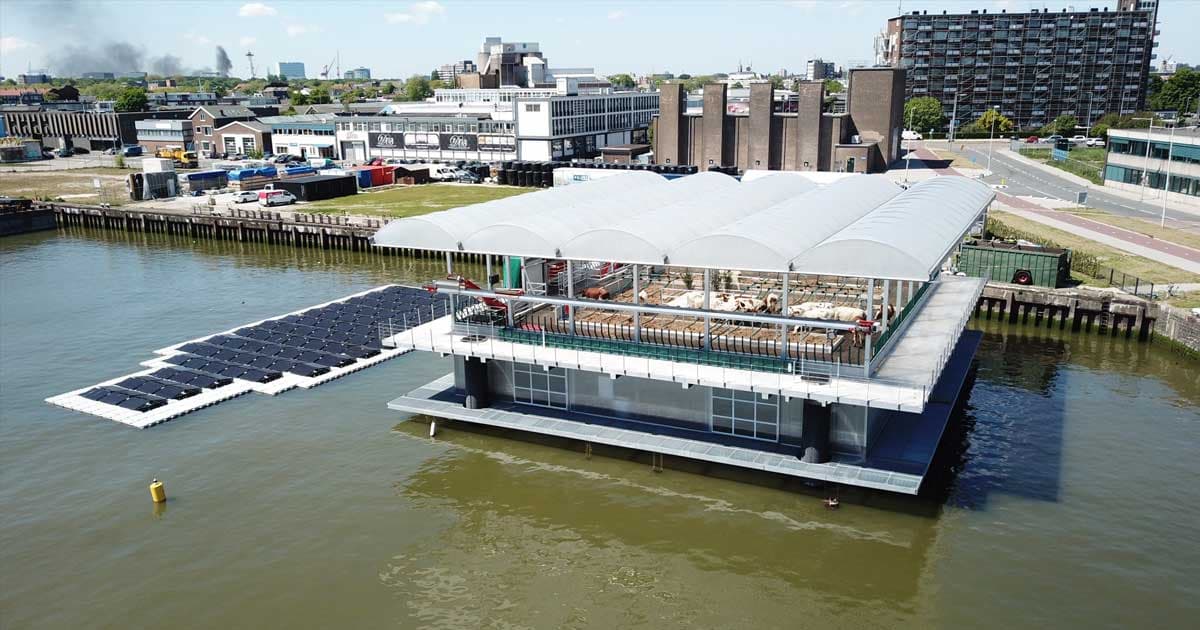 35 Cows Live on a Floating Dairy Farm Staffed by Robots

Off the coast of Rotterdam, Netherlands, a bizarre floating farm is providing locals with a fresh supply of milk.

The farm-boat-combo, created by an aptly-named company called Floating Farm, has been selling the milk of its 35 seafaring cows since May, CBC News reports. The mostly-automated operation is an undeniably weird bid to help make cities more self-sustaining — especially in the face of worsening climate change that threatens the area’s infrastructure.

The farm is a three-story barge, according to CBC. The cows live on the top floor, but they can also wander ashore when the barge is docked — eating local grass clippings, potato peels, and beer broth, while supplying nearby fields with manure.

Meanwhile, the farm is maintained by a staff of two farmers and three classes of robots: milkers, feeders, and poop scoopers.

“The entire process is completely automated,” CEO Peter van Wingerden told CBC. “What we are trying to do here is produce the highest yield of food with less people.”

Real question: why is it always cows that get subjected to this stuff?

It’s great that farmers are trying to innovate — van Wingerden said he wants to expand to chickens and vegetables — but we hope the cows are happy.