Do we really need AI in everything? 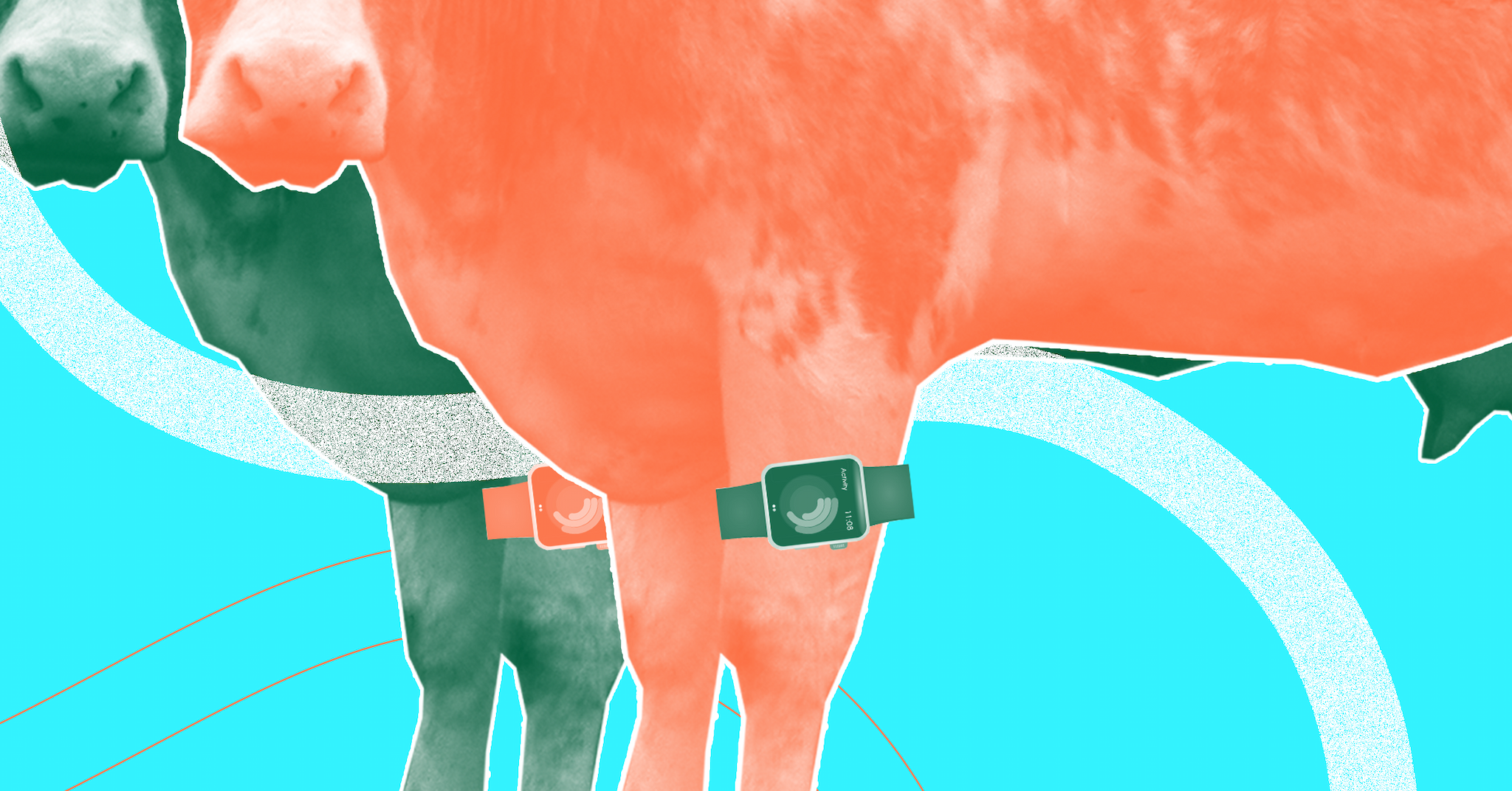 The life of a milk cow is mostly pretty great. They relax, they go for walks on rich pastures; when it gets cold, they hang out with their bovine homies indoors.

That all goes out the window when they're sick. Sick cows tend to eat less, walk differently, and give off sad moos. Now, the great AI hawkers have decided to automate a practice almost as old as farming itself: figuring out if cows are sick to them give them treatment. Proponents claim that the devices can identify a sick cow sooner, but many farmers don't think they're necessary, because they've developed a sixth sense for a sick cow.

Connecterra claims it's Big Bovine Brother network can tell if a cow gets sick 24 to 48 hours before any visual symptoms arise by analyzing changes in internal temperature (that aren't accounted for by external factors like high outside temperatures and humidity levels). It can also learn behavior such as walking, standing, laying, and chewing, and ring the alarm bells if a particular cow decides not to go for a second helping of hay.

Many farmers directly benefit from the technology, the company claims. “For a typical Dutch farm, which are generally known to be very productive to begin with, we’ve seen about a 20 percent to 30 percent gain in efficiency in farm operations using Connecterra,” Yasir Khokhar, former Microsoft employee, and the company's CEO.

AI is being used elsewhere on the farm, too. Farmers in China have been tracking the movement of pigs using RFID tags and overhead cameras that track individual pigs using machine learning. Even the noises the pigs make are analyzed to monitor for disease.

But do we really need AI-powered sensors to know if a cow is not producing at her max? Dairy farmers have been around for at least 7,500 years. “I can spot a cow across a room that don’t feel great just by looking in her eyes,” Mark Rodgers, a Georgian dairy farmer, tells the Washington Post.

And then there is the cost. Just to get your herd all hooked up with Connecterra, it costs a substantial $79.99-per-cow, and $3-per-month charge per cow. If you've got a decent number of cows in your herd, costs like that can really add up.

The benefits of using AI technology to the individual animals themselves are pretty clear. Farmers can respond to illnesses and other changes in behavior faster. But there is, of course, a downside: if farmers continue to use technologies like Connecterra's in the future, will their intuition change or vanish over time? What about the next generation of dairy farmers?

Dairy farmers should know how and when to respond to a cow's needs without sophisticated technology. Teach a farmer how to watch cows, and they'll drink milk for the rest of their life. But the unstoppable wave of AI technologies is taking over almost every aspects of our lives. At the end of the day, it's about finding a balance between farmer intuition, and technological aids that will make everyone happy.

Read This Next
Neural Networking
Welcome to "Robot Hell"! Meet the Deranged Genius Who Created an AI Version of @Dril
Bot-icelli
Sorry, But There's No Way Tesla Is Selling a Humanoid Robot Next Year
Botsexual
Man Credits Affair With AI Girlfriend For Saving His Marriage
Power Hungry
Scientists Warn That Ad-Targeting Neural Networks Could Use "Infinite" Energy
Mmmm... Deepfakes
Neural Networks Generate Demonic Simpsons Characters Straight From Hell
More on Artificial Intelligence
Deep Cover
2:35 PM on the byte
Cops Are Now Deepfaking Murder Victims To Catch Their Killers
Ay Gee Eye
May 19 on the byte
Google Says It's Closing in on Human-Level Artificial Intelligence
Rob's Removal
Apr 29 on futurism
Deepfaked Robert Pattinson TikTok Account Mysteriously Nuked
READ MORE STORIES ABOUT / Artificial Intelligence
Keep up.
Subscribe to our daily newsletter to keep in touch with the subjects shaping our future.
+Social+Newsletter
TopicsAbout UsContact Us
Copyright ©, Camden Media Inc All Rights Reserved. See our User Agreement, Privacy Policy and Data Use Policy. The material on this site may not be reproduced, distributed, transmitted, cached or otherwise used, except with prior written permission of Futurism. Fonts by Typekit and Monotype.