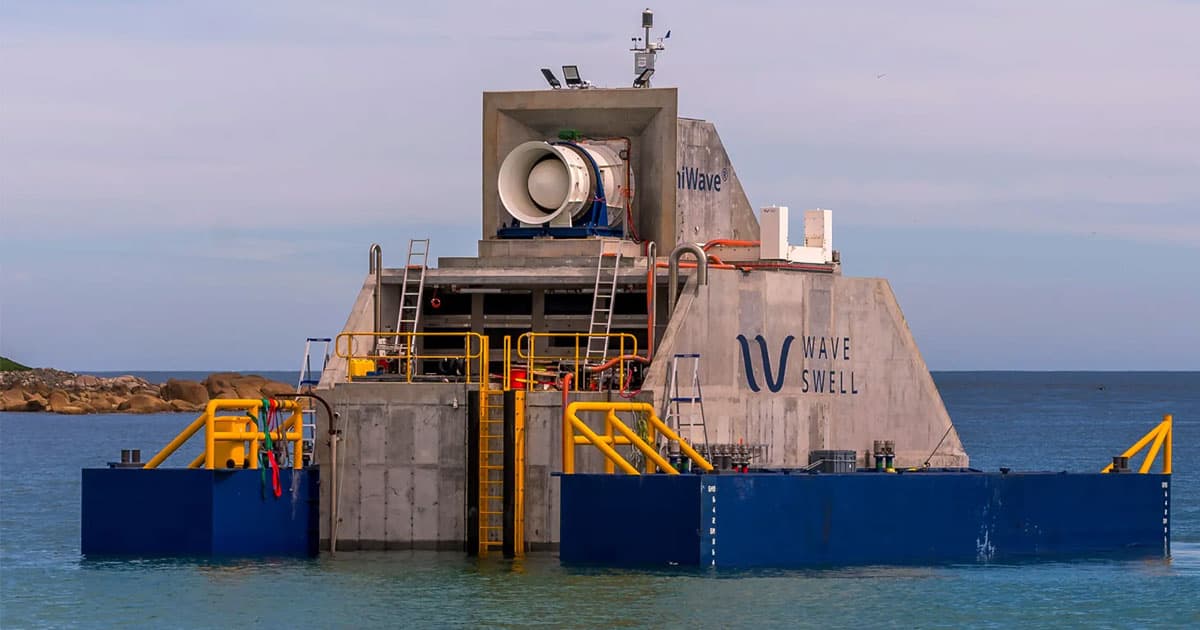 Many have tried to turn the movement of waves into a renewable form of energy with varying degrees of success. For one, conditions have to be just right to harvest significant amounts of energy.

But Australian company Wave Swell Energy (WSE) claims to have the ultimate solution with its UniWave 200 prototype, a transportable sea platform capable of generating 200 kilowatts of power using an artificial "blowhole" — and it’s already been put to work, powering homes.

"This is really the first project that has successfully generated electricity for a customer, and that goes to prove that ocean energy can work," Stephanie Thornton from Australian Ocean Energy Group told ABC News.

The generator works by creating an artificial blowhole in what's called an oscillating water column.

In simple terms, ocean waves move into a concrete chamber and are naturally pushed up as the chamber fills, before receding. This movement then forces air into a turbine that generates power.

What makes the design unique, the company claims, is that the turbine is unidirectional, simplifying the design, lowering costs, and generating more power in the process.

Last year, the UniWave 200 was installed at King Island, a small island off the coast of southern Australia, where it was able to supply constant power to the island’s microgrid for 12 months.

"The results have met and at times exceeded our expectations," WSE CEO Paul Geason told New Atlas. "As an example, when the unit is generating 40 kilowatts of power in reasonable wave conditions, you could extrapolate the amount of energy to be in the order of one megawatt hour in a 24 hour period."

That means it could theoretically power 200 homes under the right conditions, according to ABC News.

Right now, the design and its power output is fairly small, but Geason says commercial units could be up to five times bigger.

Will this help wave power become a viable form of renewable energy? We’ll have to wait and see, but it’s certainly a promising step in the right direction.

More on renewable energy: German Government Says It May Keep Nuclear Plant Open After All