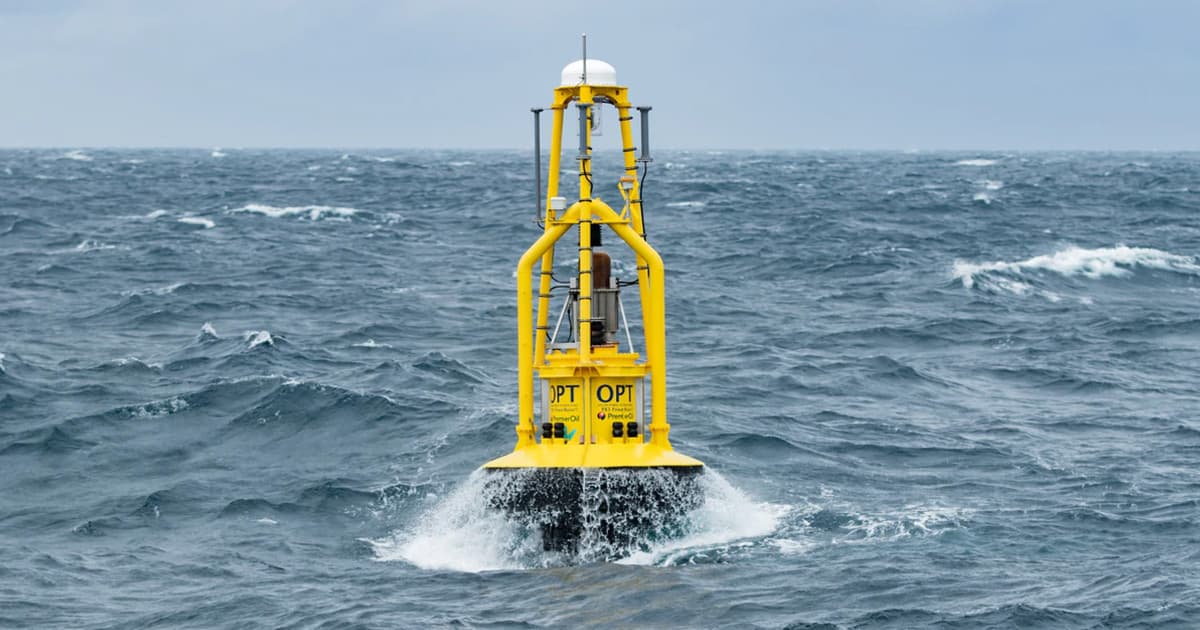 Teams of scientists around the world are once more trying to perfect devices that generate electricity from the force of the ocean's rolling waves.

It's an idea that's ebbed and flowed within the energy community, but now teams are trying to make the new source of clean energy a commercial reality, according to Greentech Media. Many are still undergoing tests, but one company, Ocean Wave Technology, has been successfully operating a massive wave-powered generator since early 2019 — a heartening success story for the fledgling industry.

Several companies and teams of scientists have tried to make wave energy a reality in the past, but as Greentech notes, many of their projects fell apart or ran out of money. But with renewed interest — and funding — in the industry, more companies are starting to test out their devices.

"We're in that valley of death, climbing out of there at the moment," naval architect Christopher Ridgewell, CEO of AW-Energy, a Finnish company working on a wave energy device called the WaveRoller, told Greentech.

AW-Energy hopes to plop its WaveRoller into the ocean next year, according to Greentech Media. Joining it are other companies like Sweden's CorPower Ocean, which hopes to have wave energy generators operating by 2024.

It's an encouraging sign for the future of clean energy. But the industry will still face challenges, even against other renewables like solar and wind, which continue to drop in price.

READ MORE: Is Wave Energy Ready to Climb Out of the ‘Valley of Death’? [Greentech Media]

More on wave energy: This Device Could Power One-Third Of The U.S. Using Ocean Waves