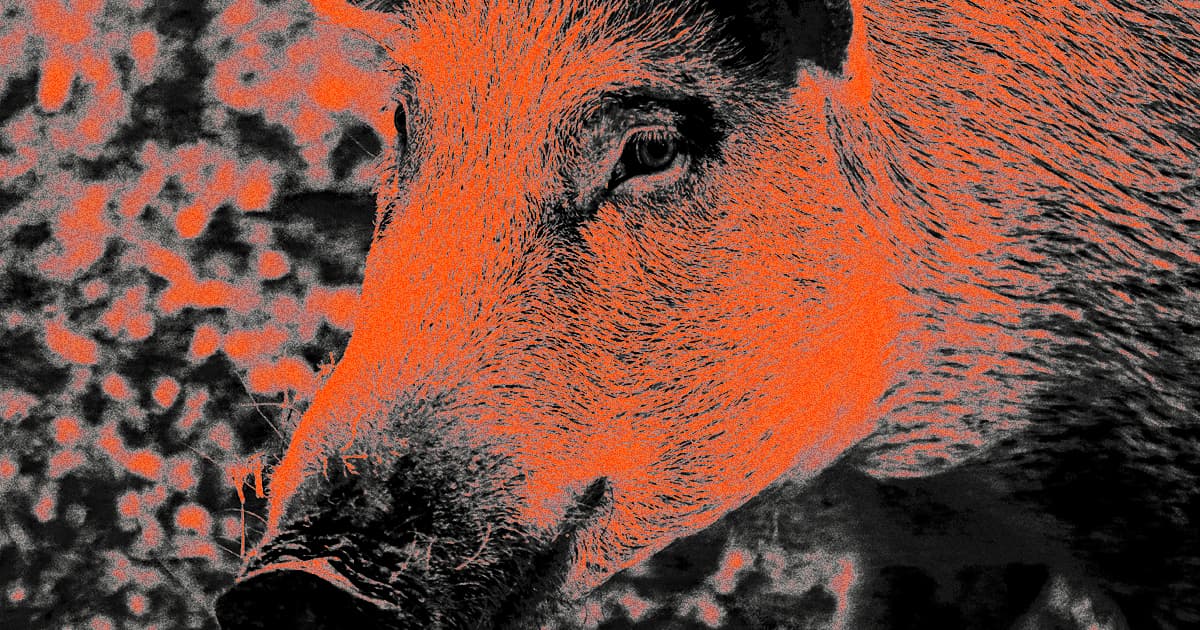 All memes aside, feral hogs around the world are causing a huge problem for the environment, and experts aren't sure what to do about it.

Animals, tools, or anything else rooting through soil tends to release sequestered carbon into the atmosphere. That's a natural part of the carbon cycle, but feral hogs are releasing boatloads of greenhouse gases as they invade and rampage through new areas, Wired reports.

All in all, models suggest that invasive feral hogs around the world are releasing more carbon dioxide into the atmosphere every year than 1 million cars, according to research published Monday in the journal Global Change Biology. And contrary to the meme, unrelated scientists learned a few years ago that assault rifles won't solve the problem.

Unfortunately, it seems that the wild pigs of the world are concentrated in areas that have particularly carbonous soil, according to the study. On its own, that finding means that the hogs are releasing huge quantities of carbon dioxide as they churn the soil.

But the scientists also told Wired that they think they actually underestimated the hogs' climate impact. That's because they excluded agricultural areas — a favorite feasting ground for the animals — because those areas are already emitting carbon dioxide and the scientists didn't want to count their emissions twice in the study.

"This pest is expanding, and they could be potentially expanding into areas with high carbon stocks," lead study author and University of Queensland ecologist Christopher O'Bryan told Wired.

Unfortunately, history has proven that dealing with wild pigs is extremely difficult and expensive, Wired reports. And, as O'Bryan notes, none of the options for doing so are particularly good for the planet either.

"If we get in a helicopter and we go shoot pigs, or we set traps, we build fences, that causes emissions," he told the magazine. "So we have to account for these trade-offs."