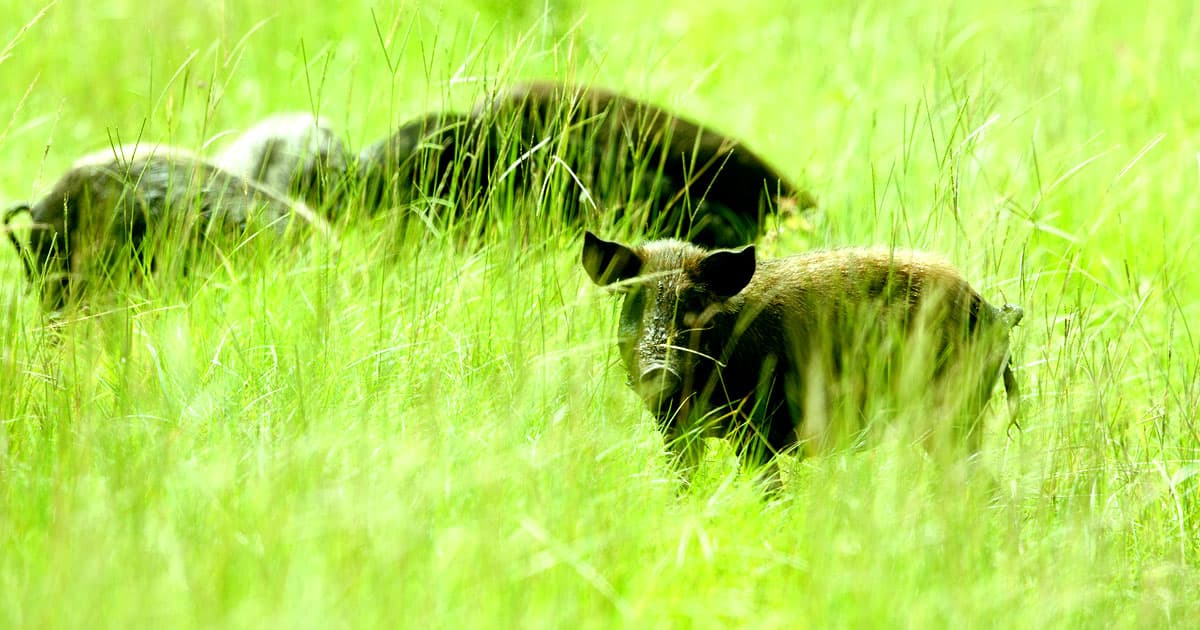 In 1962, NASA bought 145,000 acres of land in Florida — and since it only needed 6,000 for Kennedy Space Center, it made a deal with the U.S. Fish and Wildlife Service to transform the rest into the Merritt Island National Wildlife Refuge.

This seemed like a good idea at the time, because it would prevent humans from building homes in the area, which could prove disastrous if a spacecraft crashed.

But, as it turns out, building a space campus in the middle of the Floridian wilderness would cause Kennedy Space Center to become home to thousands of wild hogs — which are now enjoying a moment in the spotlight as the stars of a bizarre internet meme.

NASA has been trying to control its wild hog population since 1972, and currently, trappers remove between 2,000 and 2,500 hogs from the refuge every year.

But with some estimating that as many as 12,000 live on the campus alone, those efforts haven't been enough to stop the animals from destroying lawns, contaminating the water supply, and causing car crashes at a rate, in 2013, of about one per week.

Still, it's hard to fault NASA for not giving 100 percent to fixing its wild hog problem. After all, it has bigger things to worry about — like figuring out how to safely put humans on Mars in the next decade.

READ MORE: Gators and Rattlers and Buzzards and Boars: The Wild Side of NASA’s Campus [Modern Farmer]