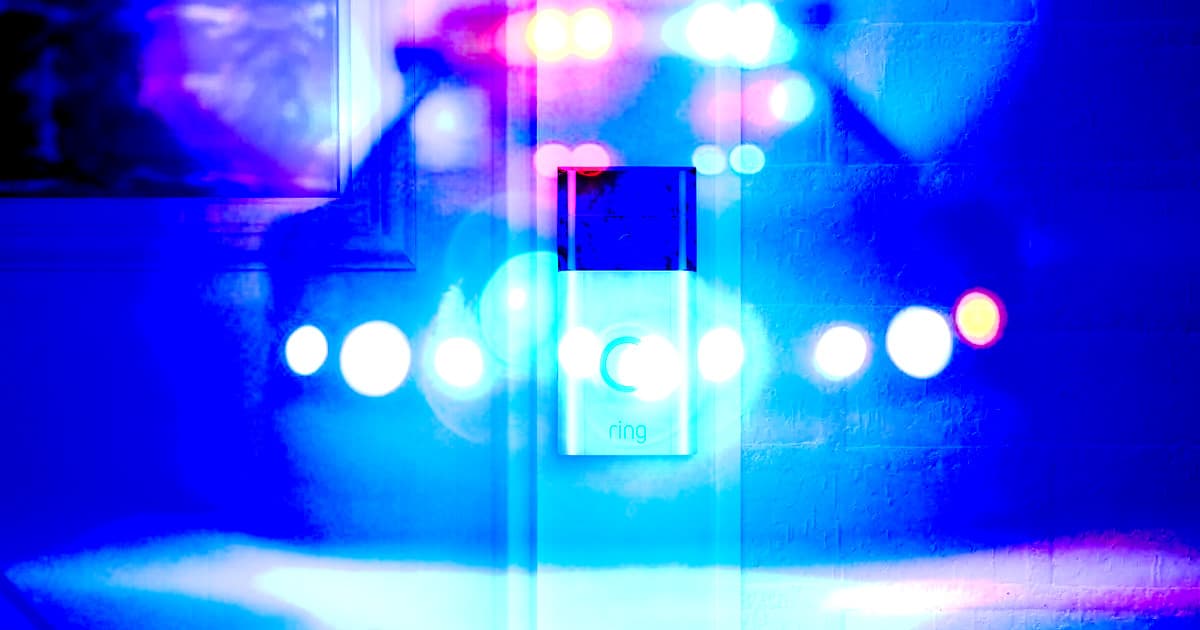 According to a leaked FBI bulletin obtained by The Intercept, cops are worried that criminals are using internet-connected smart doorbells, such as Amazon's Ring doorbells, to spy on law enforcement.

The leaked document highlights a 2017 incident in which FBI agents were recorded through a WIFI-connected doorbell system, notifying their target of their presence, as The Intercept reports. The target even "contacted his neighbor and landlord regarding the FBI’s presence there" as they were "able to see and hear everything happening at his residence."

Smart doorbells and other internet-connected cameras are intended as a way to monitor neighborhoods for suspicious activity. Amazon subsidiary Ring even partnered with local police departments as part of a new surveillance strategy.

Unfortunately, those kinds of partnerships, in addition to crime-hunting neighborhood watch apps, have already led to plenty of discrimination, with advocacy groups ringing the alarm bells over a massive potential for racial profiling.

To many, smart doorbells, particularly those with notably weak security features, are a civil liberty nightmare.

And now, we're seeing, even law enforcement could end up becoming the target.

Finger Pointing
US Indicts Russia for Some of the Biggest Cyberattacks in Recent History
10. 19. 20
Read More
Home Hack
FBI Warns That Your New Smart TV Could Be Used to Spy on You
12. 2. 19
Read More
A New Amazon Camera Patent Is Straight Out of "1984"
12. 2. 18
Read More
+Social+Newsletter
TopicsAbout UsContact Us
Copyright ©, Camden Media Inc All Rights Reserved. See our User Agreement, Privacy Policy and Data Use Policy. The material on this site may not be reproduced, distributed, transmitted, cached or otherwise used, except with prior written permission of Futurism. Articles may contain affiliate links which enable us to share in the revenue of any purchases made.
Fonts by Typekit and Monotype.