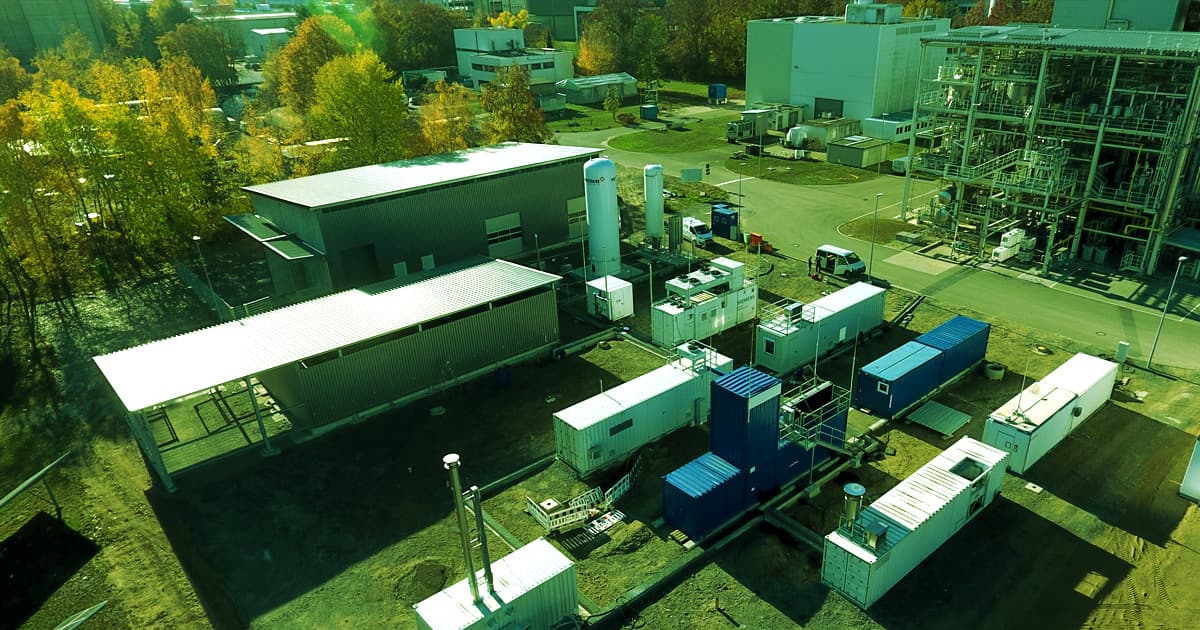 The new facility is part of a governmental push to cut back on greenhouse gas emissions by trying to make the aviation industry cleaner, The Associated Press reports. The synthetic kerosene is created by mixing hydrogen from the water with atmospheric carbon dioxide, using electricity from nearby wind farms. That allows it to ultimately function as a carbon-neutral fuel as it only emits the same greenhouse gases that were originally scrubbed from the environment for use as a reagent.

The German government is celebrating the new facility as a step towards eliminating the 2.5 percent of global greenhouse emissions that come from air travel.

"The era of burning coal, oil, and natural gas is drawing to a close," German environment minister, Svenja Schulze, said at the ceremony for the new plant, according to the AP. "At the same time, no one should have to sacrifice the dream of flying. This is why we need alternatives to conventional, climate-harming kerosene."

But that era might still last a little bit longer. The facility can only produce about eight barrels of synthetic fuel every day, according to the AP, which is enough to fill up a small passenger plane every three weeks. By contrast, commercial airlines used a total of 95 billion gallons of fuel in 2019.

Still, it's promising to see major investments going into cleaner aviation technology. If it someday scales up to a useful degree, it could make a huge difference in the fight against climate change.