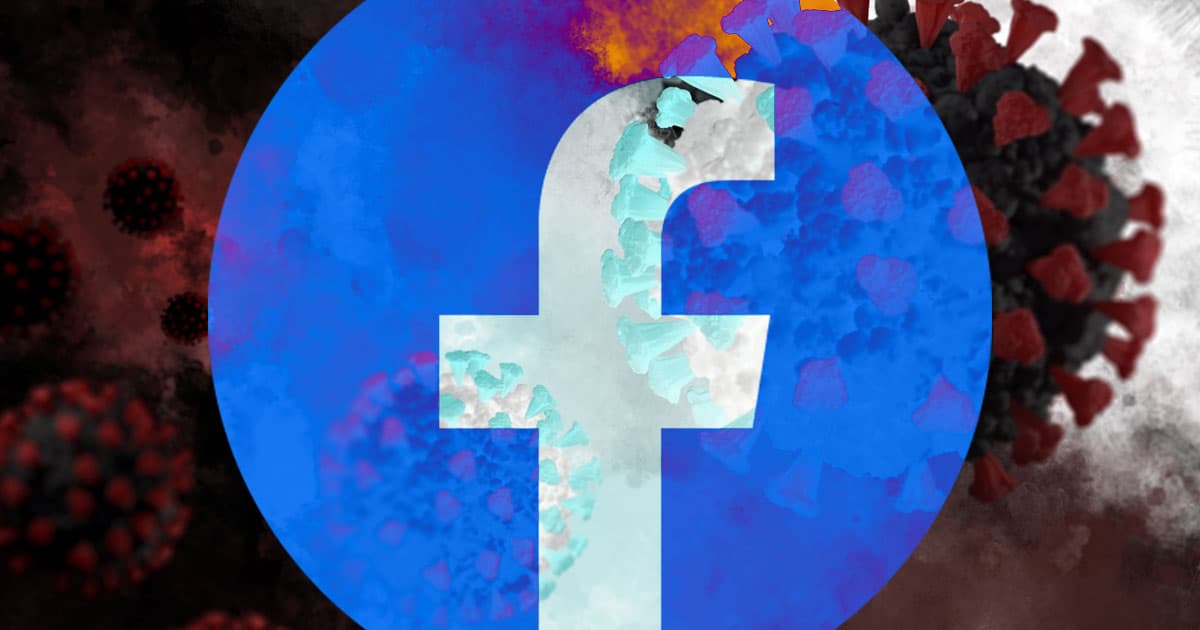 Countless users are seeing dangerous, unchecked misinformation on their feeds.

Countless users are seeing dangerous, unchecked misinformation on their feeds.

According to damning new research, only about 16 percent of the medical misinformation posted on Facebook gets caught by the social media giant's filters.

The remaining 84 percent is never labeled as inaccurate, Business Insider reports. That means countless Facebook users are seeing potentially dangerous, misleading medical information without any sort of warning that it isn't accurate.

The report, which was put together by the nonprofit activism group Avaaz, called Facebook's failure to fact-check or flag misinformation a "major threat" to public health. In the group's investigation, it found that 174 pieces of misinformation that had been viewed on Facebook a total of 3.8 billion times in the last year.

The group found that the misinformation flew under Facebook's radar because it had been reposted from other pages or sometimes translated into new languages, Business Insider reports.

Facebook has repeatedly boasted about its fact-checking efforts and other attempts to curb misinformation, and told BBC News that the report does "not reflect the steps we've taken." But it seems to be missing the mark.

"Facebook has yet to effectively apply these solutions at the scale and sophistication needed to defeat this infodemic," the Avaaz report reads, "despite repeated calls from doctors and health experts to do so."

READ MORE: 84% of medical misinformation on Facebook is never tagged with a warning, and is viewed billions of times, report says [Business Insider]

Might See Nonsense
MSN Fired Its Human Journalists and Replaced Them With AI That Publishes Fake News About Mermaids and Bigfoot
12. 2. 22
Read More
Uh Oh
Research Confirms TikTok Is a Cesspool of Misinformation
10. 26. 22
Read More
Make Mark Happy
Facebook Employees Seem Completely Confused by the Metaverse
10. 11. 22
Read More
+Social+Newsletter
TopicsAbout UsContact Us
Copyright ©, Camden Media Inc All Rights Reserved. See our User Agreement, Privacy Policy and Data Use Policy. The material on this site may not be reproduced, distributed, transmitted, cached or otherwise used, except with prior written permission of Futurism. Articles may contain affiliate links which enable us to share in the revenue of any purchases made.
Fonts by Typekit and Monotype.