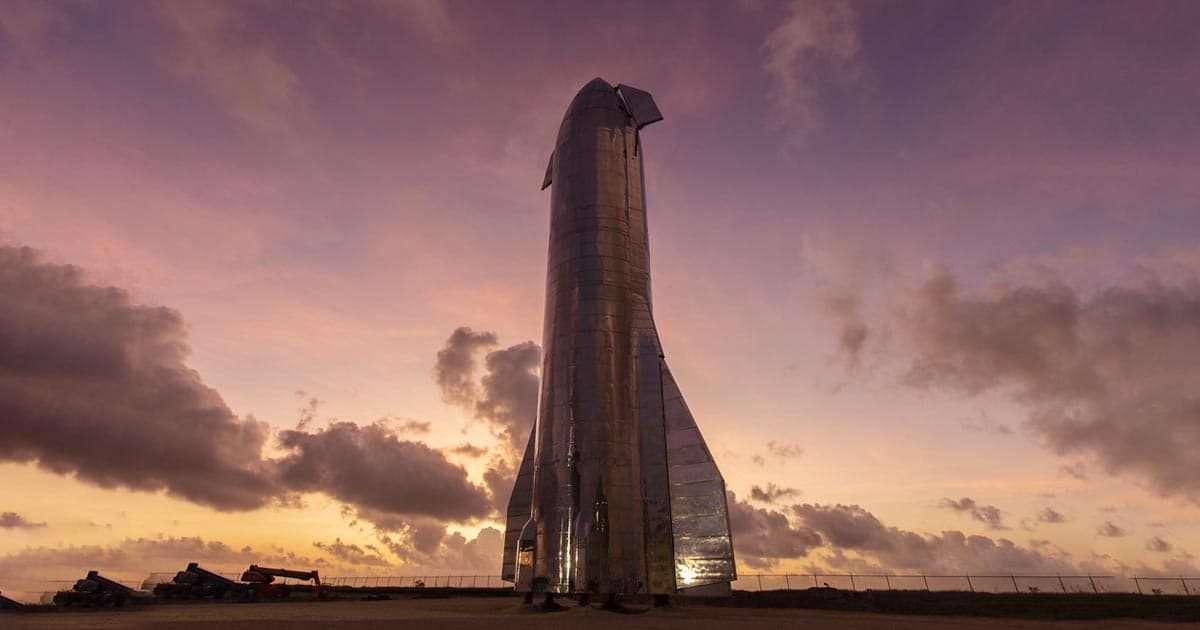 The Federal Aviation Association's environmental assessment of SpaceX's Starship spacecraft has been set back yet again, according to a notice posted by the regulator.

That means the space company won't kick off its first-ever orbital test flight of the spacecraft any sooner than May 31, the latest in a long series of delays.

The Elon Musk-led company's long-awaited orbital test flight could mark a significant milestone in the company's efforts to eventually fly astronauts to the Moon and beyond, but governmental red tape has proven to be a sticking point.

In an email sent to reporters just now, the FAA adds the following rationale for the delay. "SpaceX made multiple changes to its application that require additional FAA analysis. The agency continues to review around 18,000 general public comments. "

According to the notice, SpaceX the made "multiple changes to its application that require additional FAA analysis." According to Bloomberg, that's likely related to SpaceX's constant iteration on its Starship design.

The FAA also noted that the environmental assessment program "will not guarantee" that the agency will "issue a launch license."

SpaceX has been waiting for regulator approval for many months now at its testing facilities in South Texas. The environmental assessment was supposed to be done by the end of last year, as Bloomberg reports, but has since been delayed four times.

SpaceX is also operating out of an area that's close to a wildlife refuge, which provides shelter for sea turtles and migratory birds.

The assessment was first drafted in September, after which it was released for public review and comment. Eleven environmental groups asked for the FAA to have a closer look at SpaceX's plans back in November, according to Bloomberg.

So for now, we'll have to stay patient as the FAA is still combing through "around 18,000 general public comments," according to its notice.