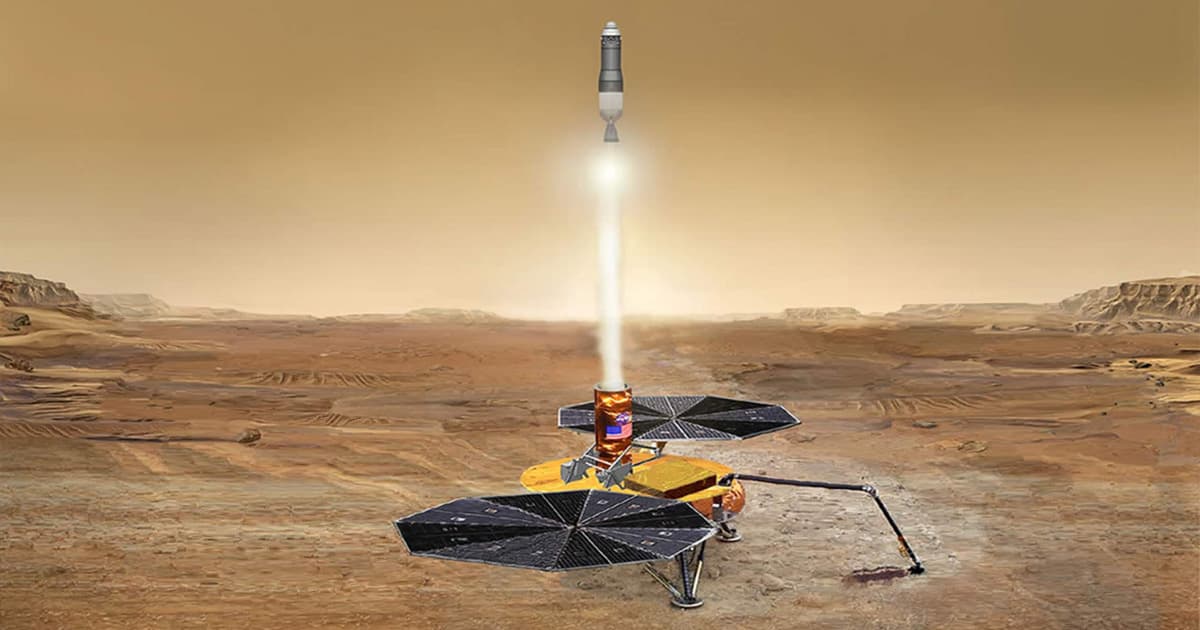 "We unanimously believe that the Mars sample-return program should proceed."

"We unanimously believe that the Mars sample-return program should proceed."

NASA maintains the ambitious goal of scooping up samples on Mars and bringing them all the way back to Earth — but top minds at the space agency still aren't sure if it's possible or even feasible to try.

Now, an independent review board assembled by the space agency recommends they go for it, Space.com reports, even though it would be the most technically-ambitious mission in NASA's history. Even though it'd be hard, they say that the scientific potential of studying Mars rocks in terrestrial labs far outweighs the myriad challenges of the task.

The board's report, which dives heavily into operational logistics, suggests that NASA and the ESA may be able to jointly launch a sample return mission by 2026. But doing so will require a lot of work in a short period of time.

"We unanimously believe that the Mars sample-return program should proceed," David Thompson, chair of the review board, said at a press conference. "We think its scientific value will be extraordinarily high, with the potential for world-changing discoveries about Earth's nearest planetary neighbor, and possibly about an independent origin of life on another world."

The main challenge is getting ready in time for that 2026 launch window, as the next won't happen until 2028 — which would push the time frame into the part of the Martian climate cycle that would create even more headaches, Space.com reports.

But that said, they concluded, the opportunity to analyze Martian rocks makes the hassle worth it.

"The science would be very exciting," MIT planetary scientist and review board member Maria Zuber said at the conference.

READ MORE: Bringing Mars samples to Earth could could cost an extra $1 billion, but NASA should totally do it, experts say [Space.com]