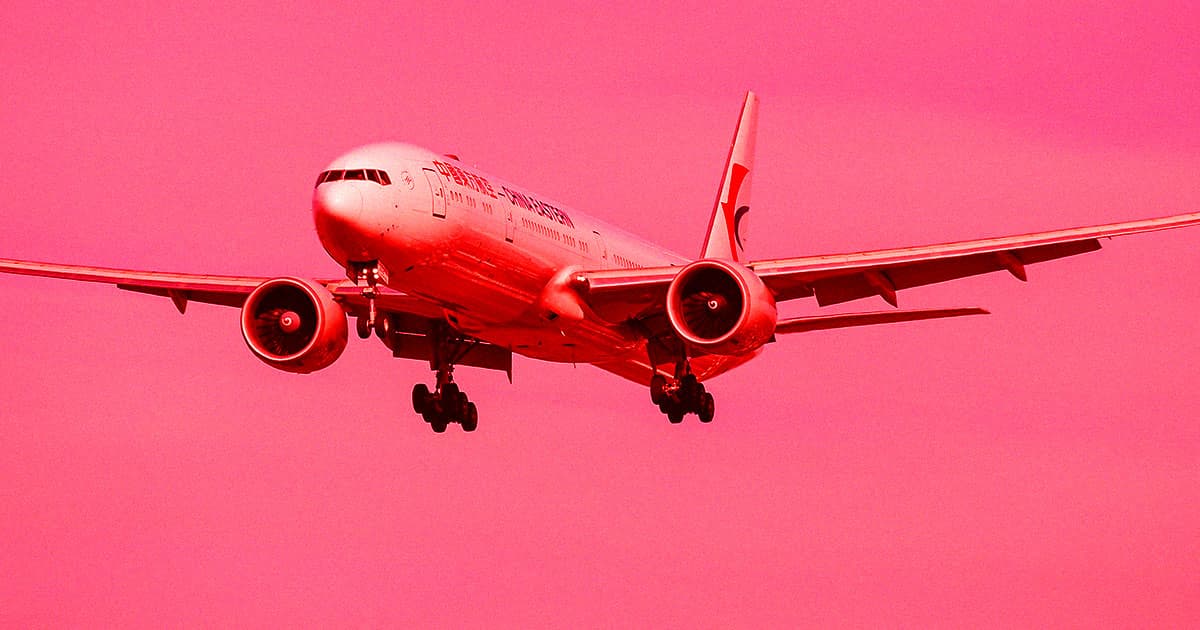 “It’s hard to get the airplane to do this.”

“It’s hard to get the airplane to do this.”

The Boeing 747 that crashed in a horrifying 90 degree nosedive is as puzzling and fear-inducing to experts as it is to everyone who watched the now-viral video of it.

As Bloomberg News notes, the Chinese Eastern Airlines flight whose jaw-dropping crash appears to have been captured on a security video from a mining company near the impact site has stumped investigators and experts alike as they search for what caused its dramatic and fatal descent.

"It’s an odd profile," John Cox, an aviation safety specialist and former 737 pilot, told Bloomberg in what is perhaps the greatest understatement of 2022 so far. "It’s hard to get the airplane to do this."

Though there have been other plane crashes involving similarly dramatic dives, Benjamin Berman, a former investigator with the US National Transportation Safety Board (NTSB) who also used to fly 747s, told Bloomberg that previous scenarios aren't good points of comparisons because 737-800s, the model of the Boeing in this latest crash, are designed not to dive at such steep angles.

It would either take a concerted, difficult, and deliberate effort from a pilot to make a jetliner like a 747 dive the way Flight 5735 did, Berman added — or a very rare and troubling malfunction.

"You need something to hold the nose down," the former NTSB official said.

Hundreds of rescue workers and firefighters arrived at the crash site of the China Eastern Airlines flight with 132 people aboard. Chinese state media said Tuesday that no survivors have been found. ⁠ https://t.co/vbA2kVqlvY pic.twitter.com/6NJay9jVES

Chinese authorities say they've found one of the two black boxes from the horrible crash, but haven't yet revealed what was on it. What is known so far about the crash, however, is as baffling as it is devastating.

According to Zhu Tao, the director of safety at the Civil Aviation Administration of China, air traffic controllers continuously tried to reach the pilots of the flight to no avail. Zhu added in his statement that the hilly terrain where the plane crashed made for a particularly terrible impact as the plane fell at roughly 30,000 feet per minute, according to data from Flightradar24.

While all the experts Bloomberg spoke to reiterated that it's too soon to jump to conclusions about what happened to Chinese Eastern Airlines Flight 5735, one thing's for sure: the world now has another bona fide aerial mystery on its hands.