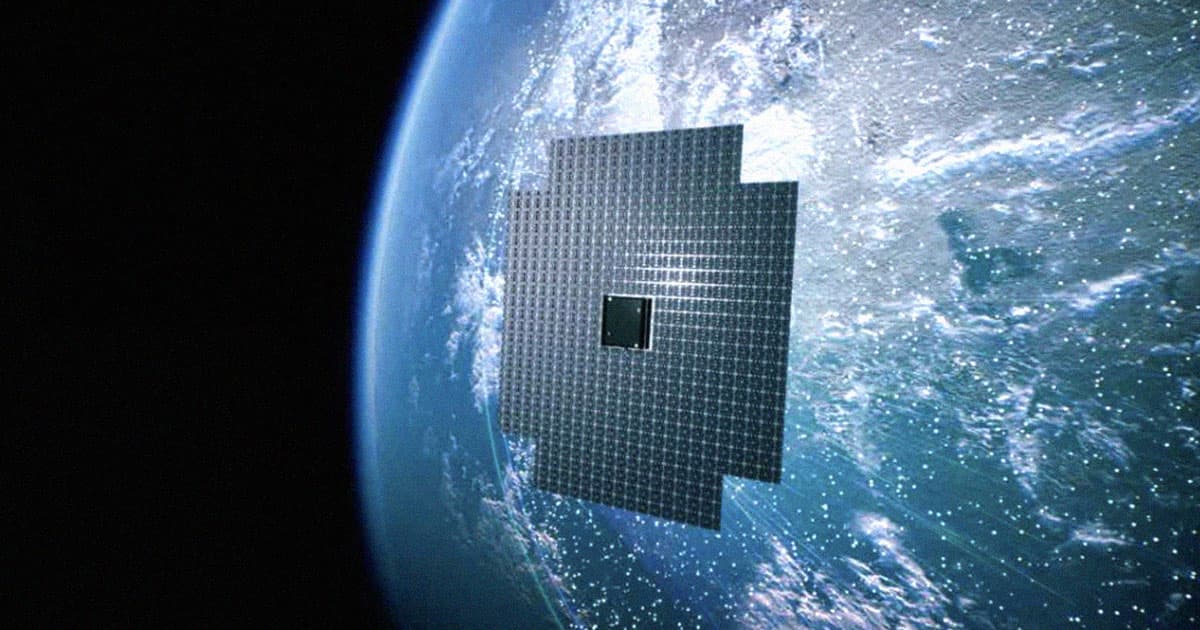 Experts Say Annoying New Satellite Might Be Brighter Than Any Star

Private space companies are hellbent on filling our planet's orbit with countless satellites — a trend supercharged by SpaceX's efforts to establish its broadband internet-beaming Starlink constellation, which will eventually incorporate tens of thousands of separate 573-pound satellites. And they're only bound to get even bigger.

These thousands of new sats being launched every year are already wreaking havoc on scientists' observations from the ground, showing up as long streaks of light and interfering with radio signals.

Now a new sat, launched on a SpaceX rocket over the weekend, already has experts deeply worried — though instead of the sheer number, New Scientist reports, the concern is that it's absolutely ginormous. It might even be the brightest object in the sky — except for the Moon, of course.

The roughly 3,300 pound sat, dubbed BlueWalker 3, is the largest commercial antenna array ever launched. It'll eventually deploy a 26-foot antenna — a huge and reflective object in the night sky that has experts deeply alarmed.

"We are concerned," John Barentine, an astronomer at Dark Sky Consulting in Tucson, Arizona, told New Scientist. "It could be the brightest object in the night sky, potentially brighter than the planet Venus."

Then there's the possibility of BlueWalker 3 messing with radio astronomy equipment as it beams data from orbit to somebody's smartphone.

"We’re concerned about the amount of energy in that beam," Barentine added.

Worse yet, AST SpaceMobile is planning to launch more than 100 even larger sats called BlueBirds — twice the size of BlueWalker 3 — starting next year, according to New Scientist.

Tech giants Amazon and even Apple are also getting into the satellite game, piling on to an extensive list of companies trying to establish themselves in Earth's orbit.

"The brighter these objects get, the more damage they will do to images of the night sky," Barentine told the outlet.

"Most astronomers accept there will be more satellites in the future,” he added. "What they want is a peaceful coexistence. We can’t make satellites invisible."

READ MORE: Huge satellite could outshine all stars and planets in the night sky [New Scientist]

More on satellites and astronomy: Amazon's Constellation of 3,236 Satellites Has Astronomers Freaked Out