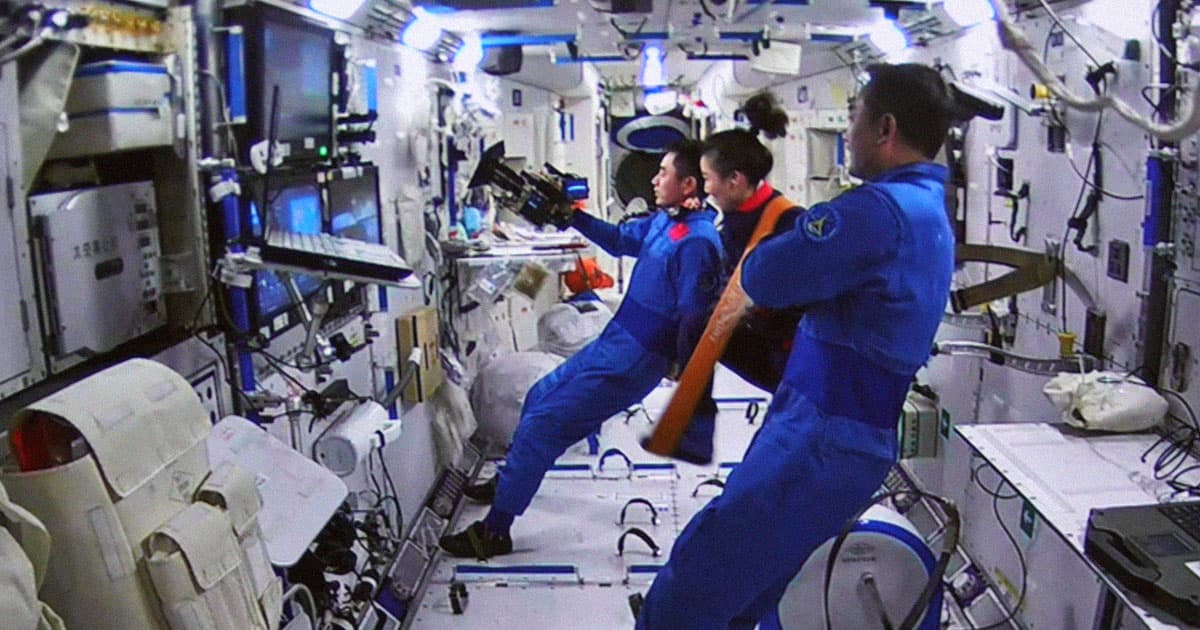 We need a relationship and breakup timeline ASAP.

We need a relationship and breakup timeline ASAP.

It looks like the space relationship — spacelationship? — between the European Union and China may be disintegrating before even being officially launched.

As the South China Morning Post reports, new remarks from the European Space Agency suggest the institution is backing out of its longstanding deal to send astronauts up to China's newly-completed Tiangong space station.

"We are very busy supporting and ensuring our commitments and activities on the International Space Station," ESA director general Josef Aschbacher said in a Paris press conference earlier this week, per the SCMP. "We have neither the budgetary nor political greenlight or intention to engage in a second space station — that is, participating in the Chinese Space Station."

The seemingly-dashed partnership between the ESA and the Chinese National Space Administration began in 2017, when Europe sent astronauts to China for human spaceflight training with the ultimate goal of sending them to Tiangong once it was completed.

So bold were the plans of this apparently-split pair that in 2018, both ESA and the CNSA, alongside Russia's Roscosmos space agency and India, announced that they intended to build a "Moon village" together on the lunar surface. Romantic!

It's true that Tiangong was marred by repeated setbacks that could have contributed to the ESA's decision to pull out of the deal — but in the end, it launched and has been an undeniable triumph for China's ascendant space program.

Aschbacher's commentary sounds a whole lot like someone saying they need to break up with their partner to focus on themselves, though as an unnamed Chinese space scientist told the SCMP, it's not altogether surprising.

"This is unfortunate news, but not totally unexpected," the Beijing-based scientist told the Hong Kong newspaper. "In the past few years, Covid and the situation in Ukraine have made our collaboration with European colleagues increasingly difficult."

It's unclear as of now how acrimonious this apparent divorce is, but given the ESA's remarks, it doesn't seem like a very clean break.

More on Chinese spacefaring: We Are Completely Puzzled by This Video of a Chinese Astronaut Playing Ping-Pong in Space