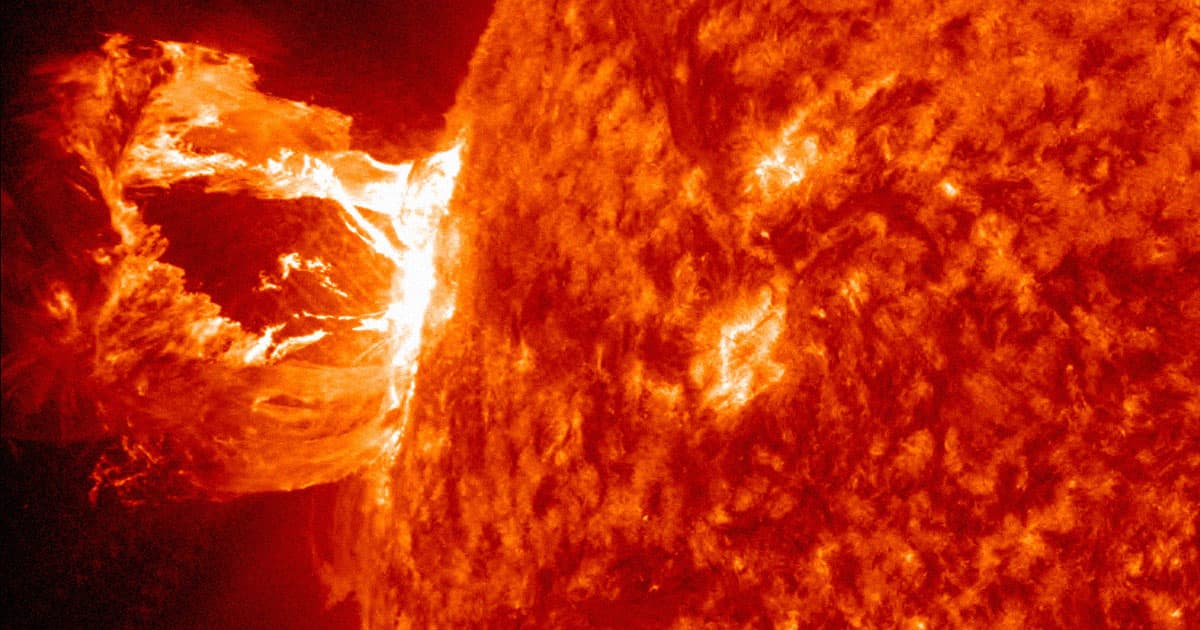 Eruption From the Sun May Affect Power Grid, Scientists Say

A massive solar storm is bombarding the Earth with so much radiation that it could interfere with power grids.

The Space Weather Prediction Center (SWPC), which is run by the National Oceanic and Atmospheric Administration (NOAA), has warned in a Thursday statement that the storm could cause possible "power system voltage irregularities."

Spacecraft could also "experience surface charging" which can cause hazardous discharges of excess electrons, while low Earth-orbit satellites could experience "orientation problems" due to increased drag. GPS systems could also experience intermittent issues.

In other words, the Sun is not messing around.

The Sun's activity has been steadily increasing in intensity as it nears the highest point of activity during its 11-year cycle. The latest warning is a reminder that while our planet's atmosphere acts like a highly effective barrier that shields us from harmful radiation, it won't be able to protect all the electronic systems we've put in place — particularly those currently orbiting the Earth.

According to NASA, one flare got so intense late last month that it registered as an X1-class flare upon detection, which is one of the most intense of its kind.

The ongoing solar storm is also causing the appearance of auroras, or northern lights, across stretches of North America.

According to the SWPC's statement, auroras "may be seen as low as Pennsylvania to Iowa to Oregon."

The topic of space weather will only become more important as humanity spends more and more time traveling outside of our planet's protective bubble. The unusually high levels of radiation involved could eventually pose a very real danger to astronauts.

So while a powerful solar storm may not be of huge consequence in everyday life right now, it may just become a matter of life and death for astronauts.

More on the storm: The Sun Just Blasted the Earth With an Enormous Solar Flare

Scientists Have Proposed Building an Earth-Sized Shield to Protect Our Planet
10. 4. 17
Read More
Here's A Look At Records That Were Shattered by Climate Change in 2015
8. 17. 16
Read More
Champagne Bathtubs
Miami Nightclubs Horrified That Big-Spending Crypto Bros Are Broke Now
9:34 PM
Read More
+Social+Newsletter
TopicsAbout UsContact Us
Copyright ©, Camden Media Inc All Rights Reserved. See our User Agreement, Privacy Policy and Data Use Policy. The material on this site may not be reproduced, distributed, transmitted, cached or otherwise used, except with prior written permission of Futurism. Articles may contain affiliate links which enable us to share in the revenue of any purchases made.
Fonts by Typekit and Monotype.