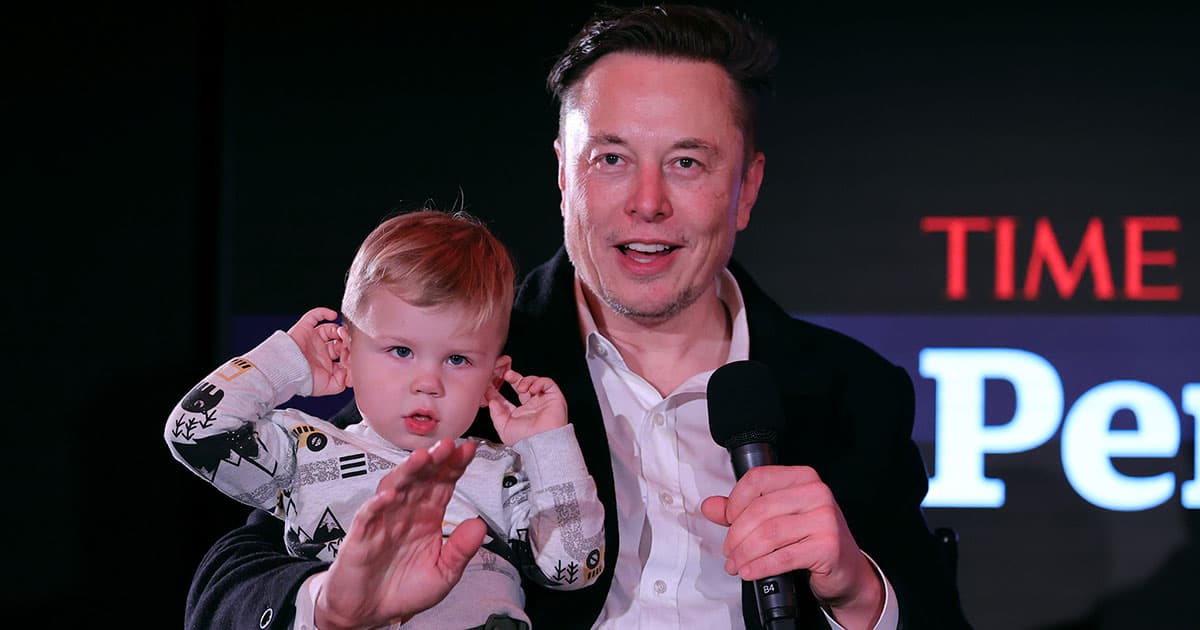 Say No to Elon

"Elon" Plummets in Popularity as a Baby Name for Some Reason

We can't imagine why.

We can't imagine why.

Tesla and SpaceX CEO Elon Musk's name has clearly lost its luster among the parents of newborns.

The name had seen a meteoric rise over the last seven or so years, but is currently falling out of favor big time, plummeting back down to 2019 levels.

The read? It seems like Musk's public reputation has been taking a significant hit.

There are countless reasons why Musk could be less popular public figure than he was three years ago.

Especially since the start of the COVID-19 pandemic, Musk emerged as a controversial figure, speaking out against vaccinations and lockdowns. He has also become synonymous with an unhealthy work culture, firing practically anybody standing in his way and forcing his employees to work long hours.

The fiasco surrounding Musk's chaotic takeover of Twitter has likely only further besmirched his public image.

For reference, other baby names that have fallen out of fashion include "Kanye" — almost certainly in response to the travails of rapper Kanye West, who's had a years-long relationship with Musk — which fell a whopping 3,410 spots over the last year.