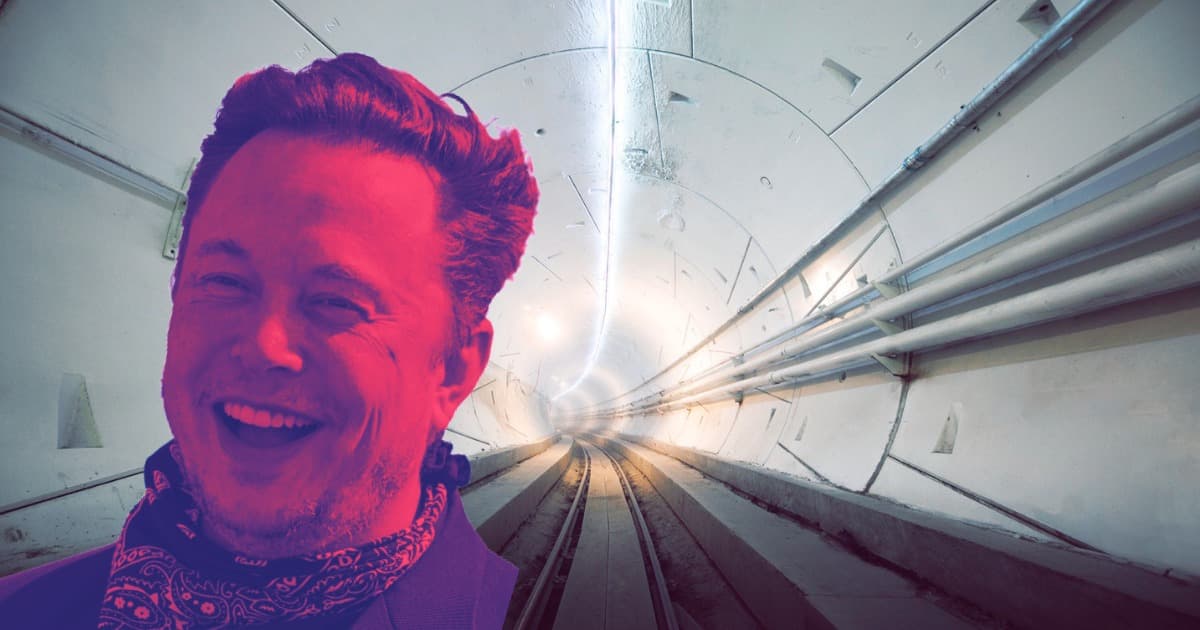 Elon Musk wants to re-invent the wheel — almost literally. The billionaire Tesla CEO submitted a proposal to build a 6-mile long tunnel underneath part of Miami, Florida, according to an exclusive Business Insider report published yesterday.

Musk's The Boring Company would complete the project, which would use only Tesla vehicles to ferry passengers between seven stations underground. That's right: non-Tesla cars can't access the loop system, nor does it interface with any other public transit Miami already has.

"We have a lot of traffic congestion and this would be a way of alleviating a great deal of that traffic," North Miami Beach commissioner Michael Joseph told Insider.

This wouldn't be the Boring Company's first project, as it previously opened similar loop systems in California and Las Vegas, Nevada. In March 2021, Joseph told Insider he'd already spoken to Musk's company several times about an underground transit system and had submitted a paper to the tunneling firm for review.

The best part of any public transit system is ease of access, and Joseph wasn't wrong about how transit could affect Miami. According to the Federation of Canadian Municipalities, public transit creates less congestion, faster commutes, more convenience, higher productivity and lower emissions.

That's good, but a quick peek at transit apps like Moovit show there are already four bus routes that connect to Newport Pier, which Musk's proposal includes a stop for. In addition, the city already has 25 miles of dual track rail that services Miami International Airport and connects to other rail and bus routes.

Because of already-existing transit systems in Miami, we've got a ton of questions. Who is Musk's new tunnel for? Should customers walk from their location to a loop station? And how will they get transit after they get off if there aren't any bus or rail routes nearby? More importantly, why is the city trying to secure funding for a new and unconnected project, according to Insider, when it could invest in existing transit?

No system is perfect, and Musk's additions and the new tunnel could provide services people enjoy. But with an existing bus and rail system in place it's hard to see how a tunnel that uses only Tesla cars adds value aside from the aesthetics and entertainment factor.

More on Musk's underground escapades: Elon Musk's Tunnel Mocked for Getting Its Own Traffic Jam