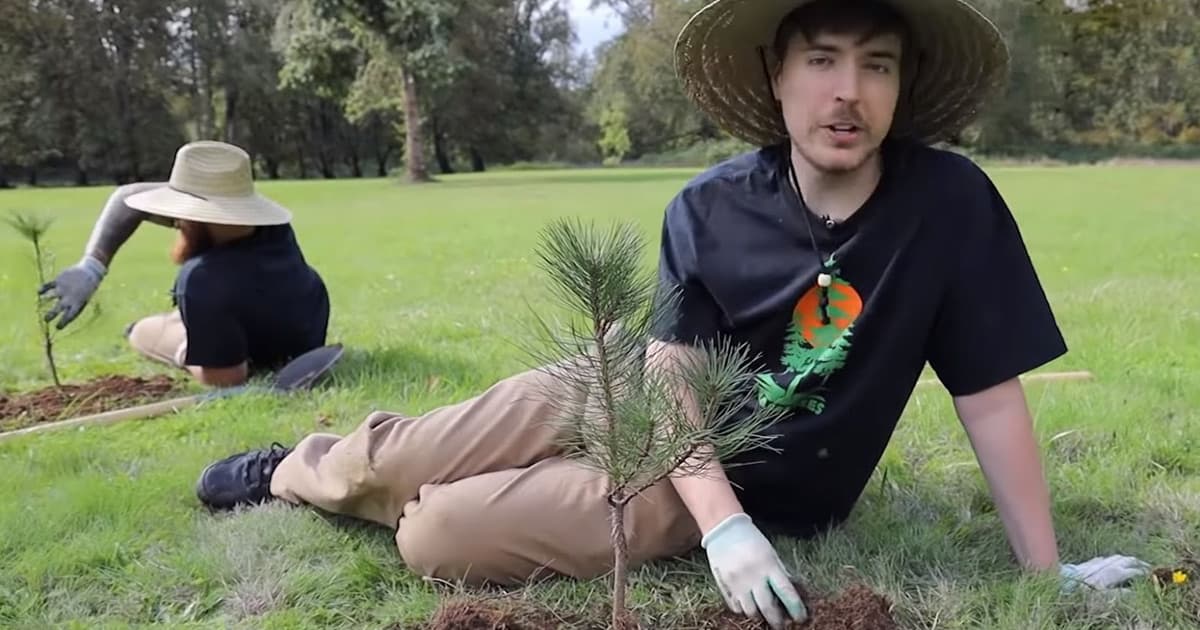 The Earth is about to get 20 million more trees.

The Earth is about to get 20 million more trees.

Within days, the campaign secured a million dollar pledge from Tesla CEO Elon Musk, which was soon followed by a pledge of a million and one dollars from Shopify CEO Tobi Lütke.

Now, less than two months later, the tree-planting campaign has announced that it's officially surpassed its $20 million fundraising goal.

According to the Team Trees FAQ page, the Arbor Day Foundation will oversee the planting of the trees, which will begin in January 2020 and wrap up no later than December 2022.

"Due to the sheer volume of trees planted (20 million), they will be planted in a variety of forests on public and private lands in areas of great need," Team Trees wrote, adding that the aim is to "plant trees on every continent not named Antarctica!"

Numerous researchers have noted the benefit that adding more trees to Earth could have on our climate — in February, ecologist Thomas Crowther even went so far as to tell The Independent that trees are “our most powerful weapon in the fight against climate change."

And thanks to Team Trees and its donors, 20 million more trees will soon be sucking carbon dioxide out of Earth's atmosphere.

More on the campaign: Elon Musk Donates a Million Dollars to Plant a Million Trees