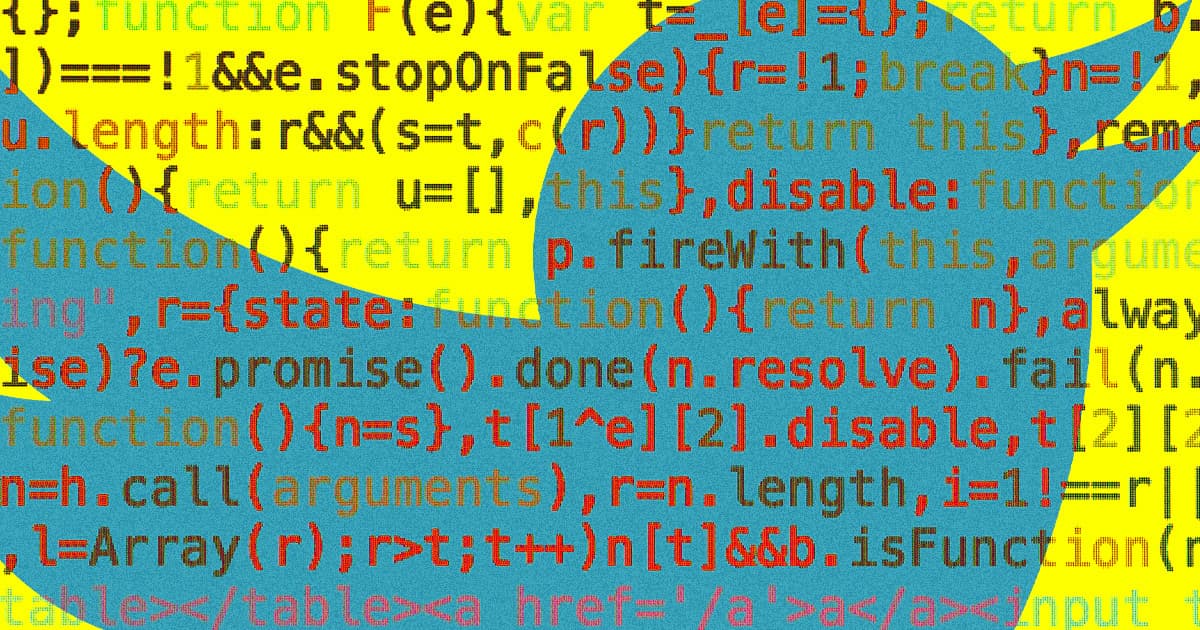 "Top notch computering by our age's most revered genius."

"Top notch computering by our age's most revered genius."

Shortly after Elon Musk's drama-laden Twitter deal went through and he officially became the owner of the social network, Bloomberg reported that the world's richest man had already brought in his own engineers — from Tesla, of all places — to review the site's code.

Sure, it sounds puzzling. A social media site is, in many ways, very different from an electric car. In the end, it might be a matter of trust: unnamed sources close to the matter told Bloomberg that the engineers were apparently there to help explain Twitter's code to Musk.

The report also noted that Twitter's code was frozen around noon Pacific Time yesterday — approximately when the deal closed — to ensure nobody messes with it. As foreboding as all that sounds, Bloomberg pointed out that the company did the same kind of code freeze when the Musk deal was first announced back in April.

Along with Bloomberg's initial reporting on the code review, Insider also reported that Twitter's new owner has asked people he has meetings with today to "bring code" with them, whatever that means.

Unsurprisingly, when news of Musk's code walkthrough dropped, people on the site he now owns had a lot to say about it.

One user called it "[tire] kicking behavior," while several others poked fun at how absurd the concept of such a review really is.

"Imagining some random automotive engineer looking at the presumably millions of lines of code for a few hours then having to bluff to their incredibly dumb boss that it all looks fine," one user posted.

"Top notch computering by our age's most revered genius," she tweeted, adding that "GO LOOK AT THE CODE is to 21st century action movie boilerplate what ENHANCE THE VIDEO was to the 20th."

More Musk: Tesla Reportedly Under Criminal Investigation for Claiming Its Cars Can Drive Themselves