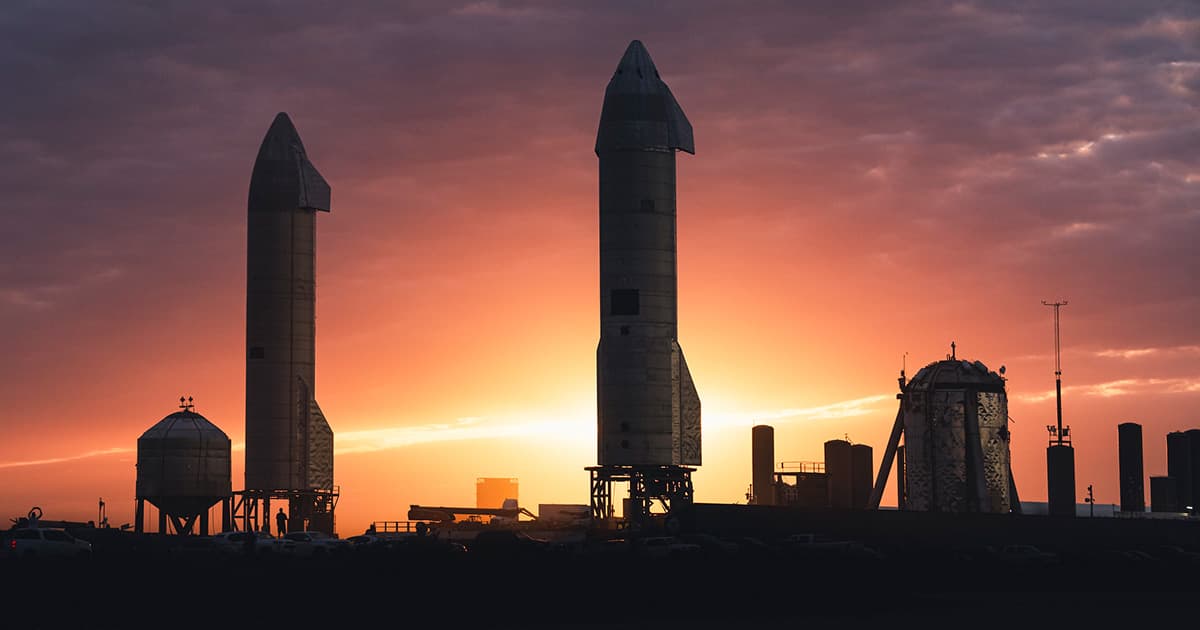 Stay tuned for more explosions — or maybe even a successful landing.

Stay tuned for more explosions — or maybe even a successful landing.

It's only February and it's already been a turbulent year for SpaceX's Starship project.

The next prototype of the monstrous Mars-bound rocket will take to the skies in a matter of days, if all goes according to plan. The stainless steel tower, dubbed SN1o, has a "good chance of flying this week," according to a Sunday tweet by SpaceX CEO Elon Musk.

Luckily, the weather is playing along this time. A freak deep freeze hit the Lone Star state last week, forcing SpaceX to delay its operations. But since then, temperatures have returned to the low 70s Fahrenheit, clearing the way for the next epic test flight.

The news comes after SN10's predecessor SN9 rocketed to an altitude of approximately 10 kilometers earlier this month at the company's facility in Boca Chica, Texas.

While the prototype nailed its "belly flop" maneuver, it slammed into the ground at considerably speed, abruptly ending its run in a massive explosion. And, adding to the expectations around SN10, SN9's predecessor SN8 met a similar demise in December.

The events were so violent that the Federal Aviation Administration began an investigation into SpaceX's safety precautions. Late last week, however, an FAA spokesperson told CNET that the agency had closed the investigation, "clearing the way for the SN10 test flight pending FAA approval of license updates."

The space company recently installed aerodynamic flaps to SN10, as spotted by onlookers. The prototype will need to be run through several static fire tests before SpaceX sets the stage for the next explosion — or smooth landing, as the case may be. For now, we'll have to wait and see.