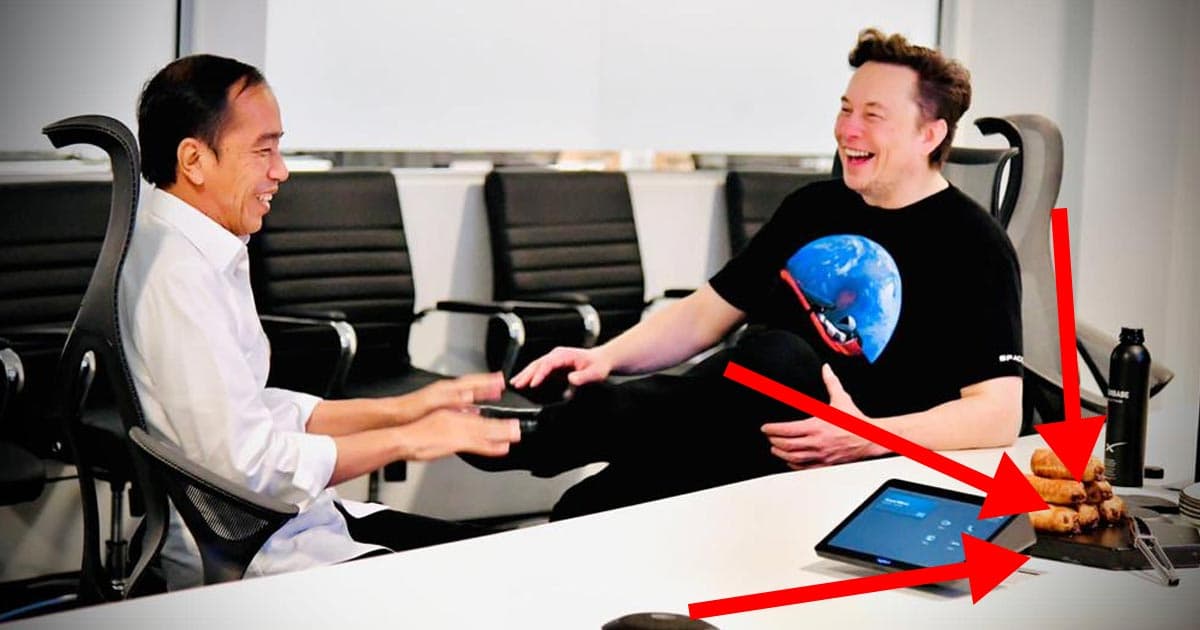 Twitter users spotted an interesting piece of serving ware in a photo of SpaceX CEO Elon Musk with Indonesian president Joko Widodo having a chat — a Starship ceramic heat shield tile being used to hold snacks.

The two sat down to discuss everything from electric vehicles to interplanetary space travel. Indonesia happens to be the world's biggest producer of nickel, a crucial ingredient in the production of electric vehicle batteries, with Musk eyeing a potential Tesla investment.

But that's besides the point. What really stole the show was the sleek piece of equipment elegantly displaying a small stack of unidentifiable pastries on the table next to Musk and Widodo.

It's a quirky repurposing of a heat tile, designed to keep SpaceX's massive Starship from burning up upon re-entering the Earth's atmosphere, and perhaps even that of other planets, eventually.

Futurism has reached out to SpaceX to confirm if it is indeed a heat tile, but in the meantime, one SpaceX engineer appeared to confirm that hypothesis.

By stacking the tiles closely together, the individual tiles form a high-tech suit of armor around the massive Mars-bound spacecraft.

"White-hot parts reached orbital entry temp of around 1650 Kelvin," he commented at the time.

That's about 2,500 degrees Fahrenheit. Fortunately, the average pastry bakes at less than a fifth of that, meaning that even a blistering oven tray of viennoiseries won't be able to crack this particular dish.

Heck, you could throw one of these bad boys in the oven as if it was the Pyrex casserole dish you inherited from grandma.

SpaceX has yet again shown its versatility and creativity; an innovative approach to problem solving that could not only usher in a new era in serving ware technologies, but also revolutionize the platter industry from the ground up.