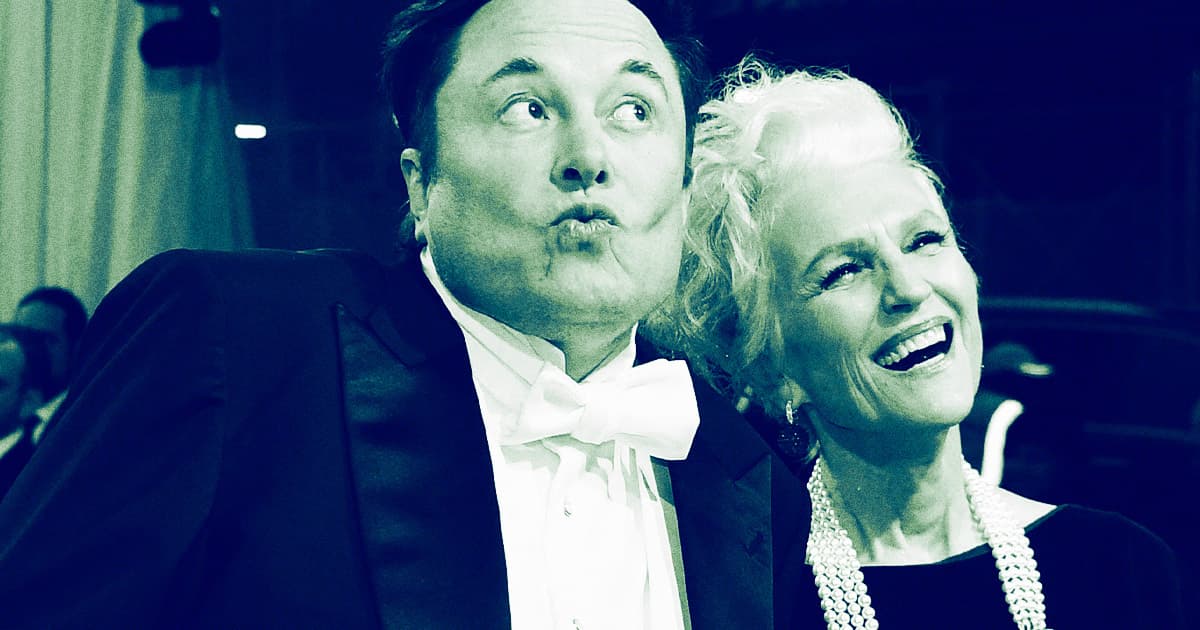 According to Elon, "the proof is in the pudding." Maybe his mom made that too?

According to Elon, "the proof is in the pudding." Maybe his mom made that too?

Things seem to be going really well for CEO of many companies Elon Musk, who reportedly brought his mother to a recent client meeting.

According to Bloomberg's sourcing, Maye Musk was spotted at Twitter's New York offices on Halloween, five days after her large adult son took the reins of the social media site.

The 74-year-old model — and South African Covergirl and wasn't just offering moral support, either. She actually sat in on a meeting meeting, alongside Twitter ad executives, the younger Musk, the client and their team, not to mention investor and podcaster Jason Calacanis.

The client, Horizon Media CEO Bill Koenigsberg, reportedly had one big question for the new Twitter CEO: was he going to reinstate former president Donald Trump onto the platform? The query seemed to tickle Musk, who per the retelling drafted a tweet about it on the spot and then asked his assembled audience if he should post it.

One of the Twitter execs begged the company's new owner not to post the tweet — "If I had a dollar for every time someone asked me if Trump is coming back on this platform, Twitter would be minting money!" — to no avail. As Bloomberg notes, that exec was fired later that same week.

Futurism has reached out to Musk to confirm or deny the anecdote, and to ask him if his mother has attended other meetings at Twitter or his other companies. Fingers crossed that he'll respond — just this week, he sent a lowercase "lol" to a Washington Post reporter that the social network later suspended for posting links to an account that tracks his private jet activity.

Musk also responded to an email from Bloomberg about their reporting as well, saying that in spite of reports of internal chaos, Twitter is doing just fine, thank you very much.

"The proof will be in the pudding," he told the news outlet. "These are early days. Obviously, Twitter is working fine with far fewer people. We have reduced hate speech and bot/troll activity by roughly one-third, while significantly increasing daily users, so Twitter is actually doing better."

The proof is in the pudding, indeed — and Twitter's increasingly-broken UX is all the proof we need.