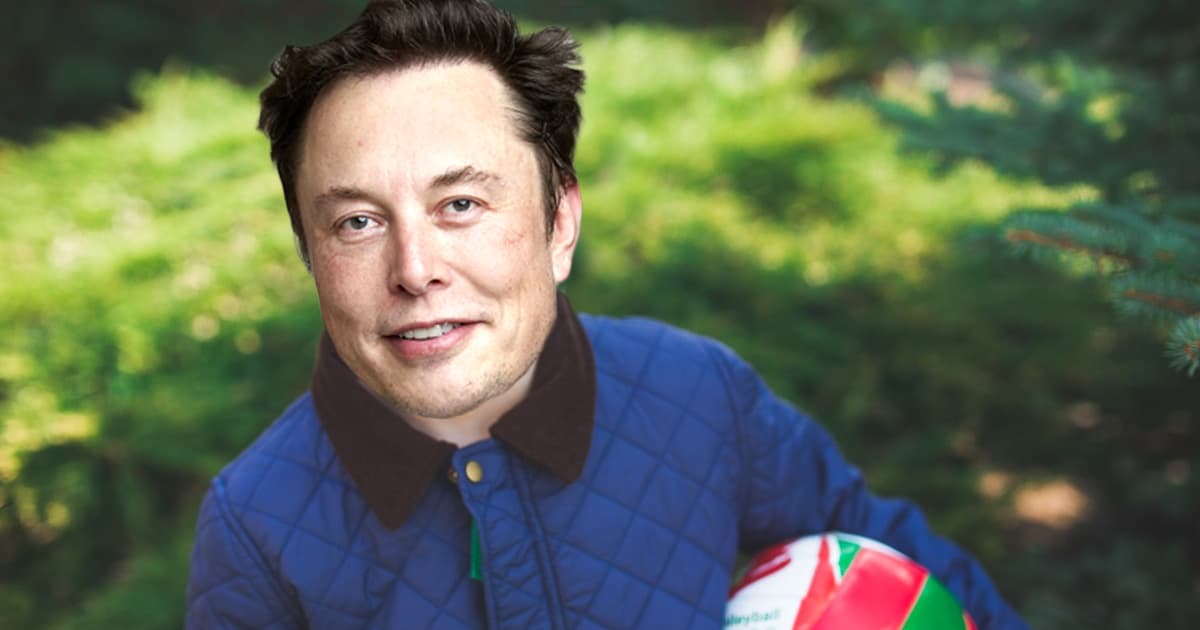 "He thought, well, should he do space research or solar energy or electric cars? I said just choose one, and of course he didn't listen to me."

"He thought, well, should he do space research or solar energy or electric cars? I said just choose one, and of course he didn't listen to me."

In a new interview with People magazine, Elon Musk's mother Maye Musk said that she knew the Tesla and SpaceX CEO was destined to do great things from an early age.

"Well at three, I knew he was a genius, but you still don't know if he's going to do great things," Maye told People.

"Because many geniuses end up in a basement being a genius but not applying it," she said. "So I was so excited when he started Zip2 because it just made life easier with door-to-door directions and then newspapers could have a link that took you to a restaurant."

"And then of course he thought the banking system needed some some help, so then he did PayPal," the proud mother continued. "And then after that, he thought, well, should he do space research or solar energy or electric cars? I said just choose one, and of course he didn't listen to me."

The billionaire's ascent didn't stop there. With Tesla valuations skyrocketing over the last couple of years, Musk has become filthy rich. In fact, Musk is now jostling with Jeff Bezos to be the richest man in the world.

If you want to raise your kid to be the next Elon Musk, Maye has some tips as well.

"People often ask me how I have raised such successful kids," she wrote in her 20019 book "A Woman Makes a Plan: Advice for a Lifetime of Adventure, Beauty, and Success," as quoted by KLAS.

"I did it by letting them follow their interests," she wrote. "If they prefer to start a business and you think it’s a good idea, support them. Teach your children good manners. But let them decide what they want."

READ MORE: Elon Musk’s Model Mom Maye Knew Her Billionaire Son Was a Genius When He Was 3 [People]

D*** Pic Freedom
Elon Musk Thinks It’s Likely that “Something Bad” Will Happen to Him
7:07 PM
Read More
Abso-Effing-Lutely
Free Speech Absolutist Elon Musk Discovers That Some Speech Is Unacceptable After All
Dec 2
Read More
Be Better
Elon Musk Reportedly Slashed the Team That Fights Child Sexual Abuse on Twitter
Dec 1
Read More
+Social+Newsletter
TopicsAbout UsContact Us
Copyright ©, Camden Media Inc All Rights Reserved. See our User Agreement, Privacy Policy and Data Use Policy. The material on this site may not be reproduced, distributed, transmitted, cached or otherwise used, except with prior written permission of Futurism. Articles may contain affiliate links which enable us to share in the revenue of any purchases made.
Fonts by Typekit and Monotype.