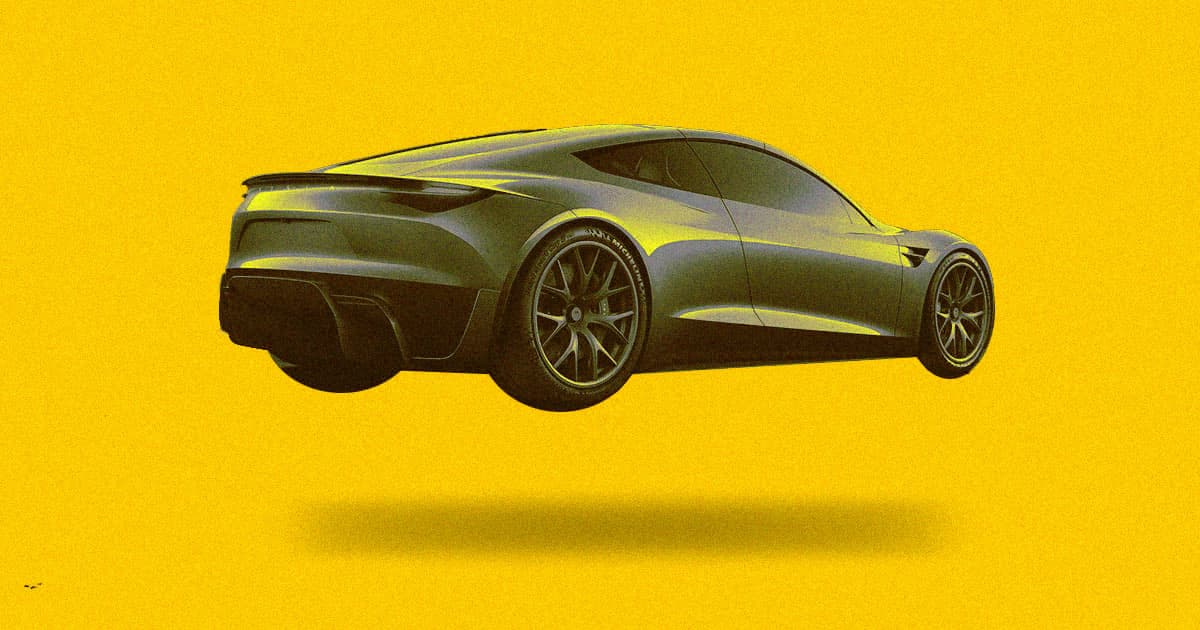 "I want it to hover... without, you know, killing people."

"I want it to hover... without, you know, killing people."

"I want it to hover, and I was trying to figure out how to make this thing hover without, you know, killing people," Musk told Joe Rogan in a new episode of the host's popular podcast. "Maybe it can hover like a meter above the ground, or something like that. If you plummet it’ll blow out the suspension but you’re not gonna die."

Musk has previously hinted that Tesla might offer a "SpaceX package" for its Roadster, a hypercar with already out-of-this-world specs. Such a package, he's said, would usespace-grade thrusters to hover over the ground — and greatly enhance the car's blistering acceleration.

"If you have three Gs of thrust, you can go in any direction," Musk told the Ride the Lightning podcast back in 2019. "You can go up and accelerate with... more than 2 Gs."

Beyond the engineering, Musk will have to convince regulators that replacing the backseats with rocket thrusters inside a passenger vehicle is safe.

In fact, Tesla already was pushing it earlier this month when it revealed its new redesigned Model S will feature an unusual Formula One-like yoke steering wheel, reportedly catching the National Highway Traffic Safety Administration off guard, The Verge reported.

"Yeah, I mean they use a yoke in Formula One," Musk told Joe Rogan this week.

Even Rogan wasn't entirely convinced. "Yeah, but you’re not on the highway in a Formula One car," Rogan replied. "I like driving like this, resting my hand on the top of the wheel."

“Well, Autopilot is getting good enough that you won’t need to drive most of the time," Musk countered.

It can be difficult to separate Musk's ambitious engineering goals from his oddball sense of humor. But the man loves cars — and we get the sense that he's at least moderately serious about the hovering Tesla concept.