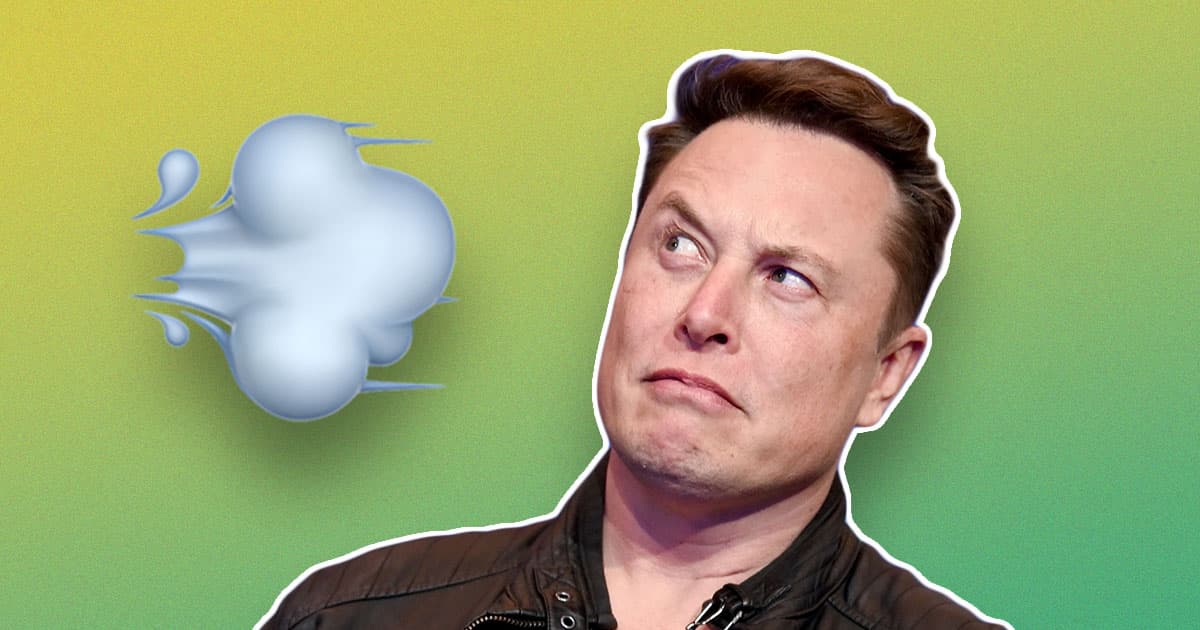 "The fun police made us do it."

"The fun police made us do it."

Tesla CEO Elon Musk is unhappy with regulators yet again after they forced his car company to roll back a software update that allowed drivers to use the vehicles' outward facing speakers as a "Boombox" that projected animal noises and even sounds of flatulence.

When asked about the recall, a miffed Musk tweeted: "the fun police made us do it (sigh)."

It's the eleventh recall in less than four months, Bloomberg reports. And while physical vehicles didn't have to actually be returned to the shop, since these recalls were usually solved with an over-the-air software update, it's a choppy look for a car company looking to lead the charge on making electric vehicles more palatable to the masses.

Teslas were previously able to use their outward-facing speakers not only to warn pedestrians but to play music and make prankish noises like farts and goat sounds as well.

In a filing to the National Highway Traffic Safety Administration, the car company had argued that its Boombox feature could "enhance the conspicuity of the vehicle to pedestrians." Put differently, farts could be more perceptible than the usual honk or spacecraft hum associated with contemporary EVs.

Electric cars, by law, have to emit sounds to make sure pedestrians are aware of their presence, since their electric motors don't make much noise. The NHTSA ordered Tesla on February 4 to disable its Boombox feature when in drive, neutral, or reverse, to comply with safety standards, according to Bloomberg.

According to a recall report obtained by the outlet, Tesla had a months long back-and-forth with the regulator, dragging its feet on disabling the feature.

Musk butting heads with regulators is nothing new. He's voiced displeasure with them on countless occasions, calling them out for adding unnecessary red tape or holding back his many endeavors.

But when it comes to pedestrian safety, the rules are the rules — and Tesla is beholden to them just like all other carmakers.

More on Tesla: Tesla Is Absolutely Spraying Out Cars