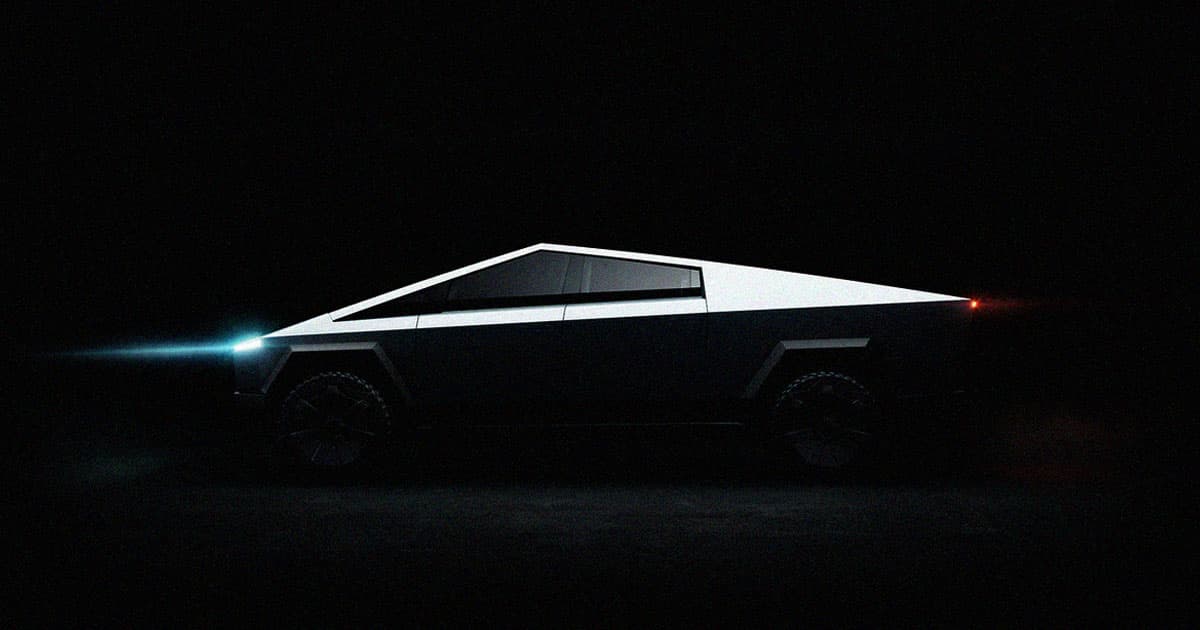 Elon Musk Says Cybertruck Will Be an "Insane Technology Bandwagon"

"Cybertruck will reach far into a post-apocalyptic future and bring that technology to now."

"Cybertruck will reach far into a post-apocalyptic future and bring that technology to now."

Two years after it was announced, Tesla has yet to bring its much-hyped Cybertruck to market.

That means Tesla CEO Elon Musk has to dig deep to keep the spirits up for over a million people who shelled out for a $100 refundable deposit.

"Oh man, this year has been such a supply chain nightmare and it’s not over!" Musk responded on Twitter to a user asking for a Cybertruck update. "I will provide an updated product roadmap on next earnings call."

Musk also attempted to reignite excitement over the unusual-looking pickup.

"Cybertruck is intentionally an insane technology bandwagon," Musk promised when asked if the Cybertruck will have a yoke, a divisive new steering wheel featured the Model S Plaid.

"Cybertruck will reach far into a post-apocalyptic future and bring that technology to now," he added.

Tesla now has the hard job of picking up the pieces following a harrowing year of supply chain issues and chip shortages, in large part triggered by a devastating global pandemic.

The company is clearly facing an uphill battle to bring the Cybertruck to market. In September, Musk confirmed the Cybertruck was delayed to next year from later this year.

The brutalist truck also happens to be a radically new design — a daring departure from Tesla's other offerings — which likely poses unique supply chain challenges.

All fans can do is wait and hope that the final product will live up to their sky high expectations when it does end up rolling off the lot some time next year.